A priceless experience: Murder on the Orient Express 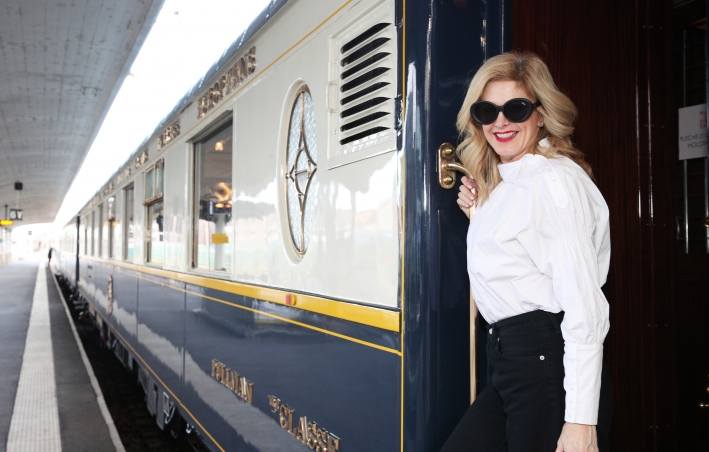 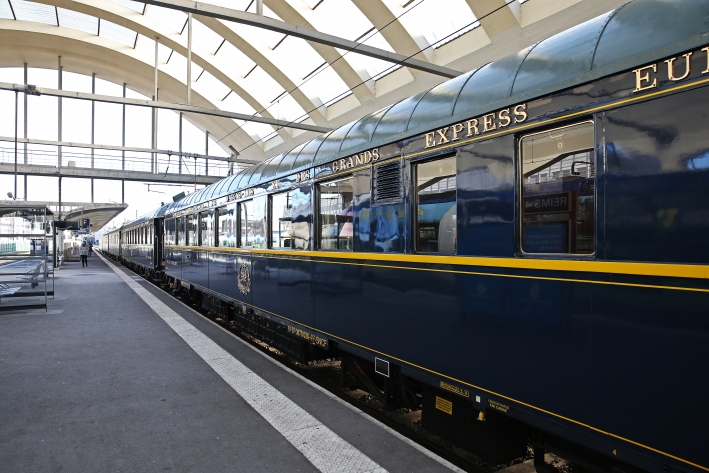 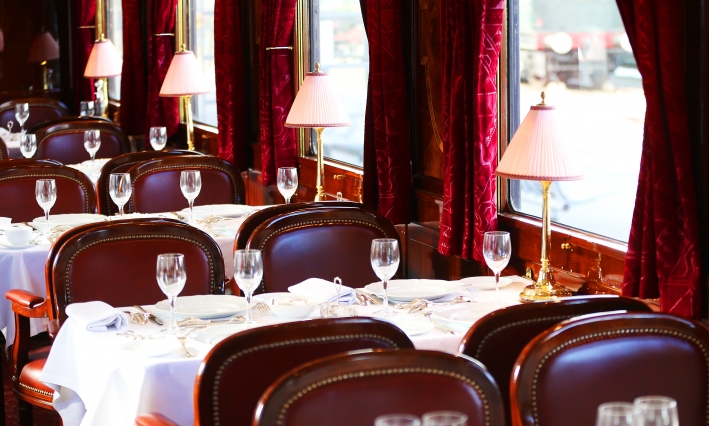 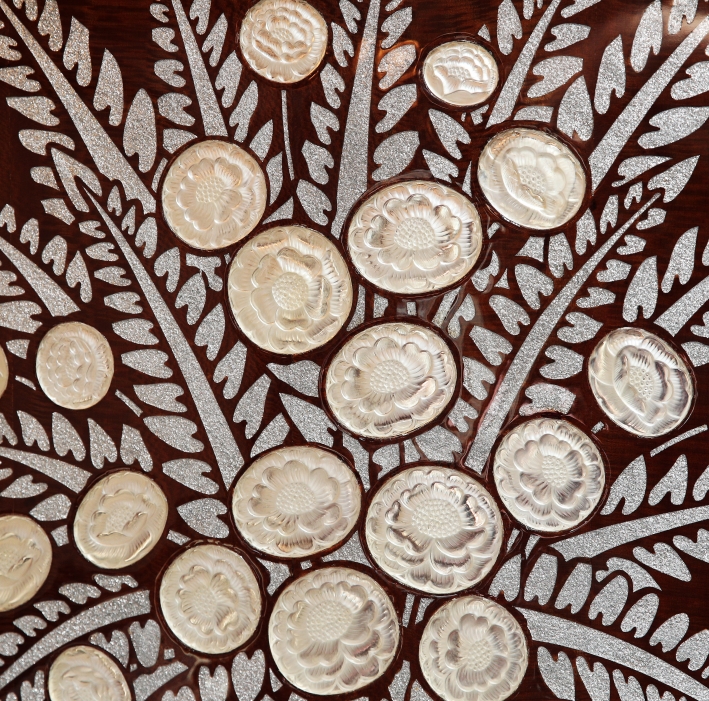 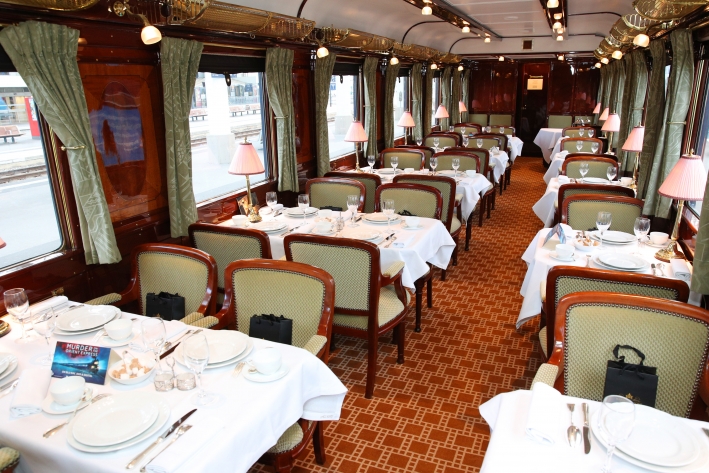 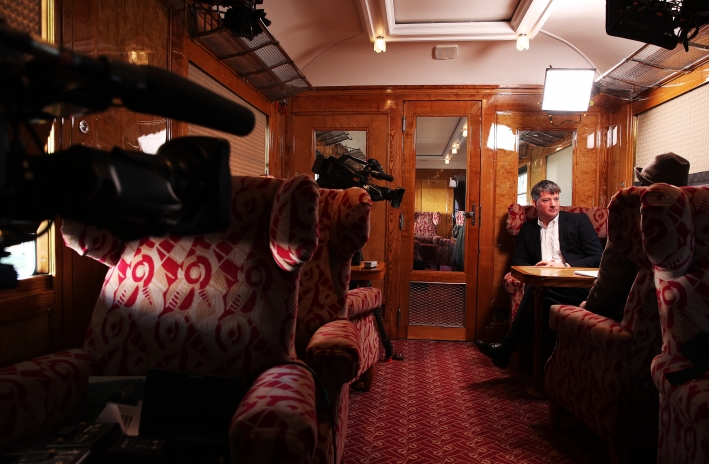 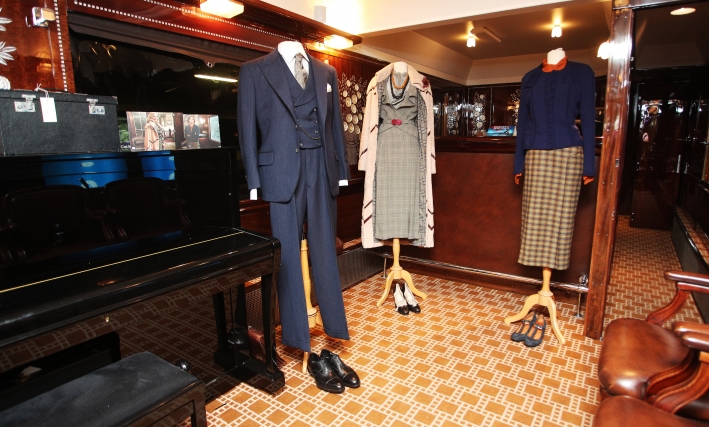 Costumes and props from the movie Murder on the Orient Express 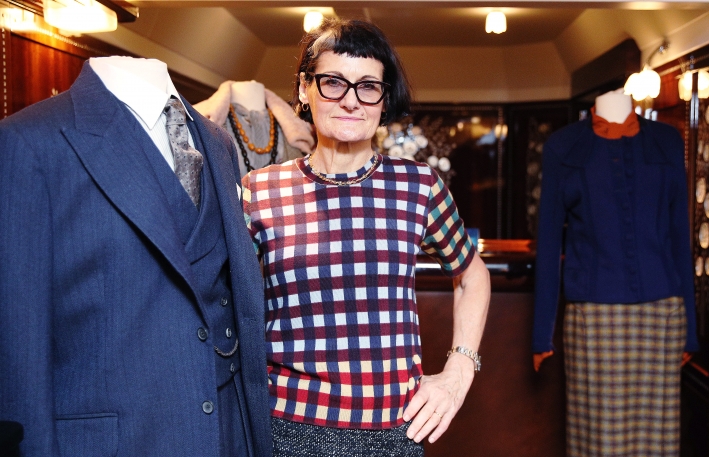 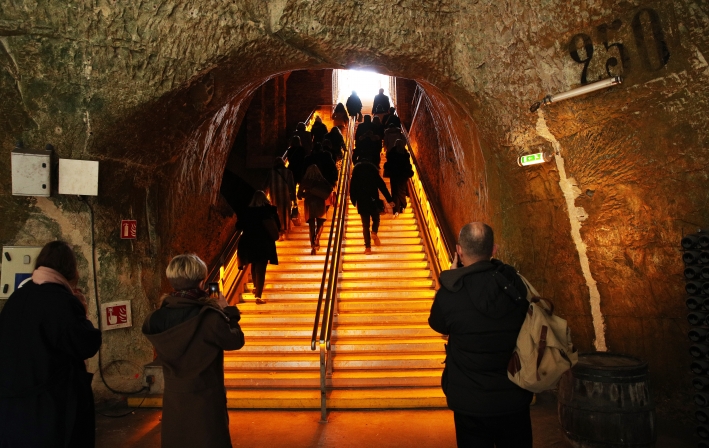 The cellars of Veuve Clicquot 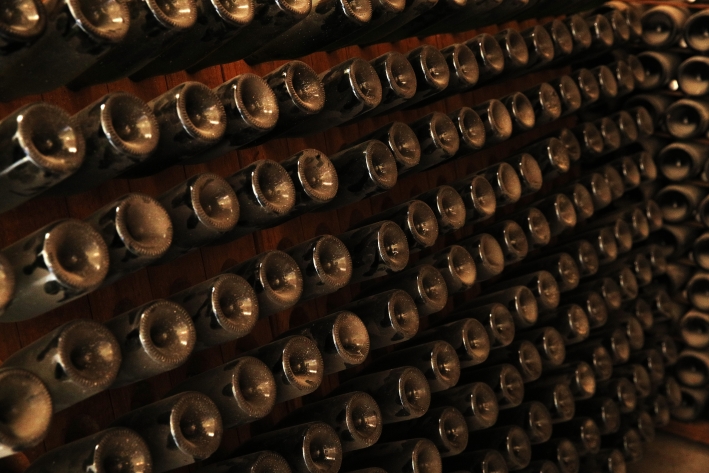 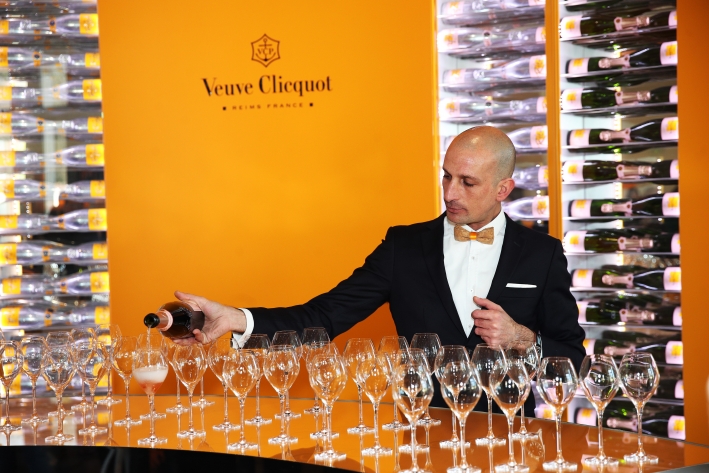 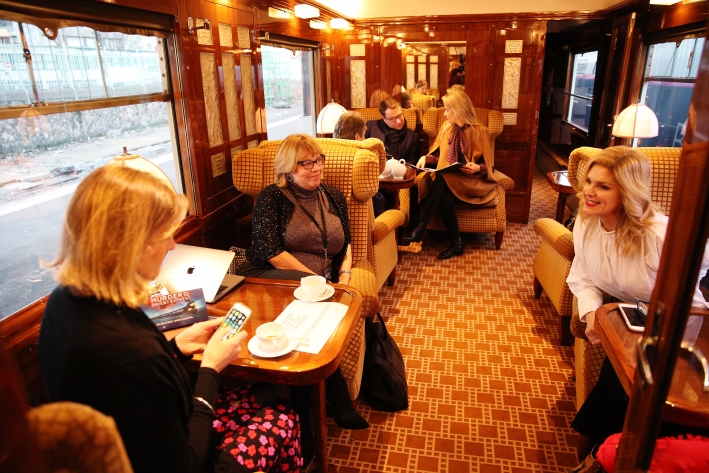 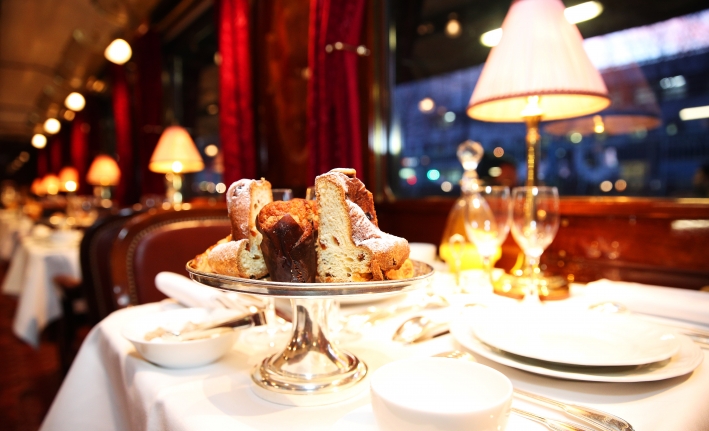 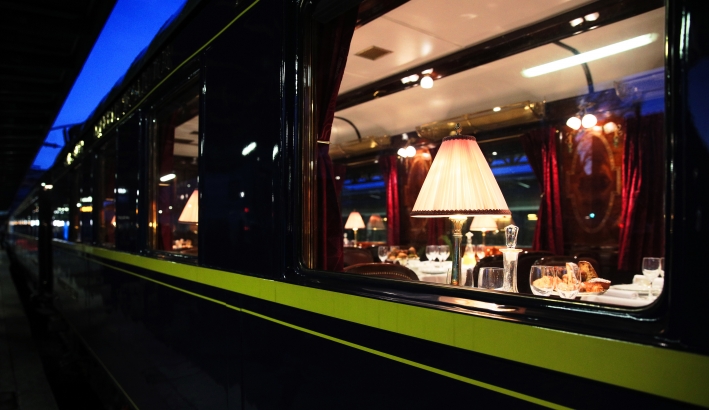 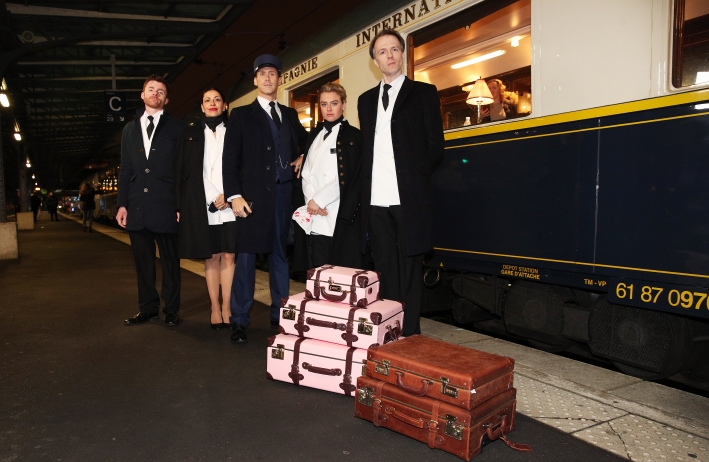 The actors who staged the murder on board the train 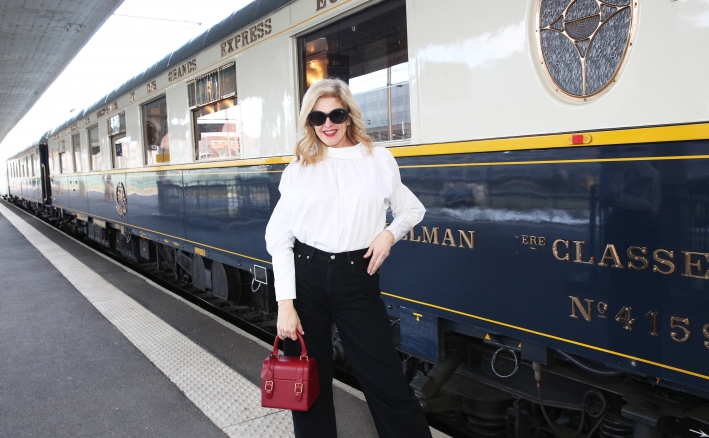 If you could take the journey of a lifetime to experience something priceless would you do it? Heck YES! When I got the invitation to join the Murder on the Orient Express digital release launch, I honestly couldn’t believe it. Ride the original Orient Express train from the 1930’s while enjoying champagne, interviewing Agatha Christie’s great-grandson and meeting the costume designer from the movie? Pinch me!

Now, before you get too excited about my journey on the Orient Express, this press trip is not something you can purchase. That trip is something you can book here (and now I really want to). There are various departures on the European train or journey through Asia on the Eastern Orient Express. Return to the Golden Age and experience luxury travel at its finest. I digress…

Back to why I was in Paris to experience this magnificent train. The original Orient Express train journey was much longer as it traveled from Paris to Constantinople (Istanbul) and was synonymous with luxury and comfort. There were a variety of routes that the train took over the years offering shorter journeys as well. It is also the setting in Agatha Christie‘s novel published in 1934. Her story was inspired partly by an incident in 1929 when the Orient Express was trapped in a blizzard in Çerkezköy, Turkey, where it was stranded for six days. Two years later Christie was involved in a similar scenario when she was traveling on the Orient Express and the train got stuck for a period of time due to heavy rainfall and flooding, which had washed away part of the track.

The film Murder on the Orient Express featuring an all-star cast including Judi Dench, Johnny Depp, Kenneth Brannagh, Michelle Pfeiffer, Willem Dafoe and Penelope Cruz was released by Twentieth Century Fox in 2017 and has its digital release TODAY. Kenneth Brannagh directed the film as well and shot it on 65mm which gives it that big epic feel. So why the trip – for the experience of course!

This collaboration involved traveling to Paris and then joining the group for the one-day journey of Paris – Reims. We met early to depart from Gare de L’Est and get our travel cards stamped to embark on the Orient Express train. Now because this is all about the film, a theater group was with us to “stage” a murder on the train. It was our job to solve it. I mean, how fun is that?

While meeting new people as we traveled though the French countryside, I also got to partake in a round table with  Agatha Christie’s great-grandson, James Prichard. He told us that Agatha was adventurous and took her first trip on the Orient Express in 1927 as a single woman on her own immediately after her first divorce. She found the train served as the perfect venue for her book because there’s just something mysterious about being in a closed environment while trying to solve a crime. He also let us know that the screenwriter Michael Green is already working on Death on the Nile.

We also got to meet Academy Award Winning costume designer Alexandra Byrne (she won for The Golden Age) who walked us though her process of costuming the film. The film is set in the 1930’s so color, shape and size of fashion design was much different. Although her team shops for vintage clothing and shoes as inspiration, they make all the costumes for the film. She said that vintage clothing simply doesn’t hold up for a demanding film schedule and body shapes and sizes are so much different now than they were back then. The process is fascinating!

After a short hour and a half train ride, we arrived in Reims for a lovely lunch at Brasserie Excelsior and then a VIP tour of Veuve Clicquot. After all, Reims is the champagne region of France. The art of making champagne by the House of Clicquot is truly amazing and we toured the beautiful cellars as well as did a champagne tasting. Rough life right?

Soon it was time to hop back on the Orient Express train for our journey back to Paris. When this train is at the station, it draws attention like royalty. People gather all around and take pictures because it is so beautiful. It no longer runs by steam engine of course as it is pulled by an electric engine. But the cars have been updated and restored to their original glory. That’s Lalique glass that is used in the wall inlays and lamps. This is art deco decor at its finest with polished wood panel walls, generous armchairs and dining cars that will make you want to eat all your meals with monogrammed napkins and polished silver.

We spent the afternoon with mixologist Russell Davis who taught us all how to make “The Valet”, a cocktail that is described in the book. After that, it was time to head to the dinning car for High Tea. All along the journey the actors were staging scenes for the mysterious murder plot. Clearly I’m not a good investigator because I wasn’t able to solve it. Or maybe it’s because I had too many “Valet” drinks and champagne toasts. Nevertheless, the actors did a marvelous job!

The trip is something I will never forget. I made new friends and experienced Paris in a whole new way. Not to mention I got to travel on the original Orient Express train in all its glory. I can only imagine how decadent it must have been back in the day!

Now, you can solve the Murder on the Orient Express mystery yourself by downloading the film here. Or you can preorder the DVD/Blu-ray now as it releases on February 27. Who done it?

What do you think? Would you take the trip?  xoxo – Tanya 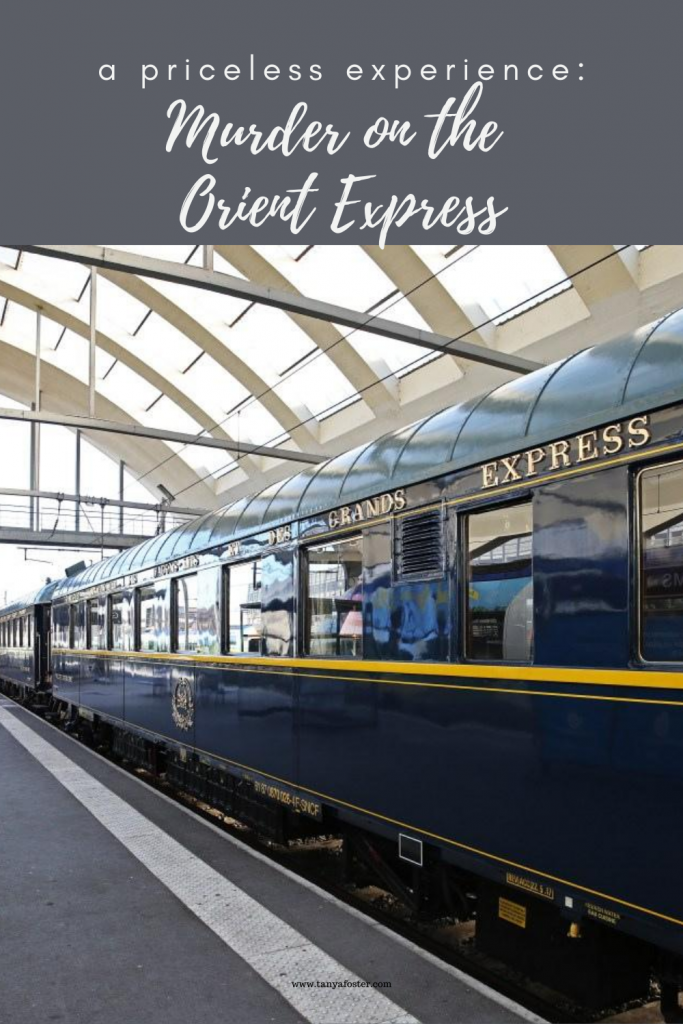 This blog post was done in collaboration with Twentieth Century Fox. All opinions are my own.