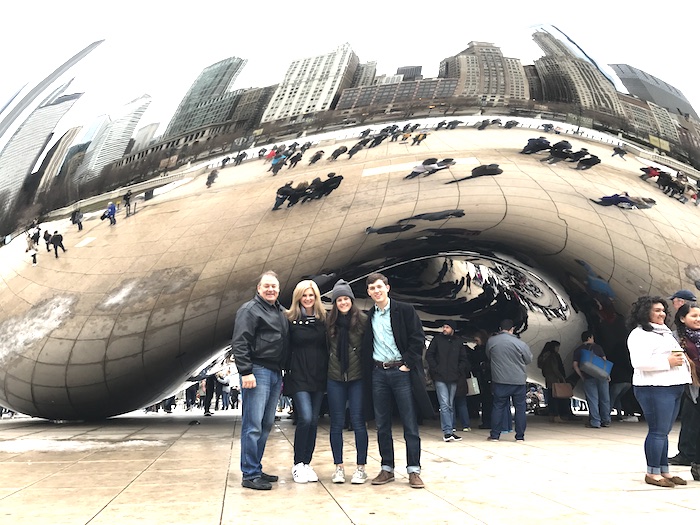 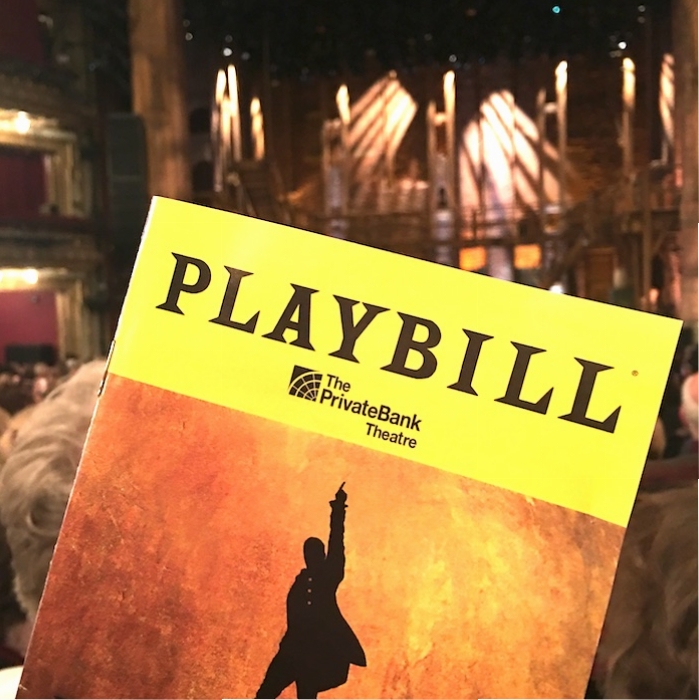 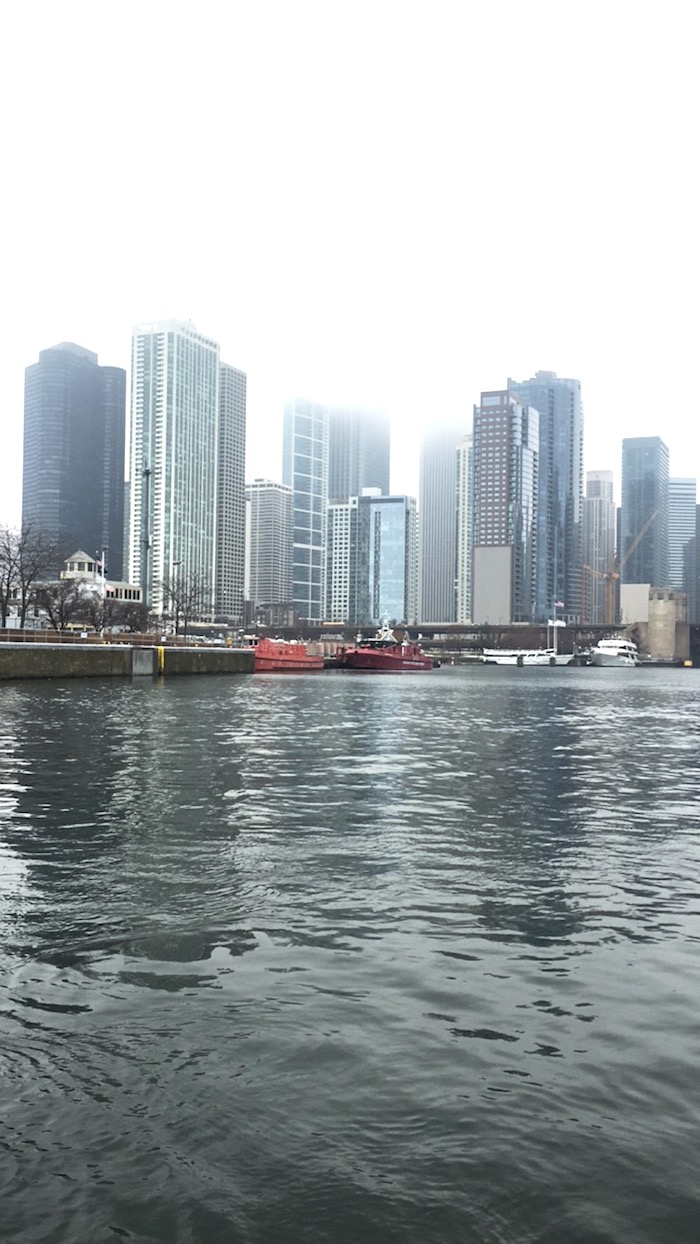 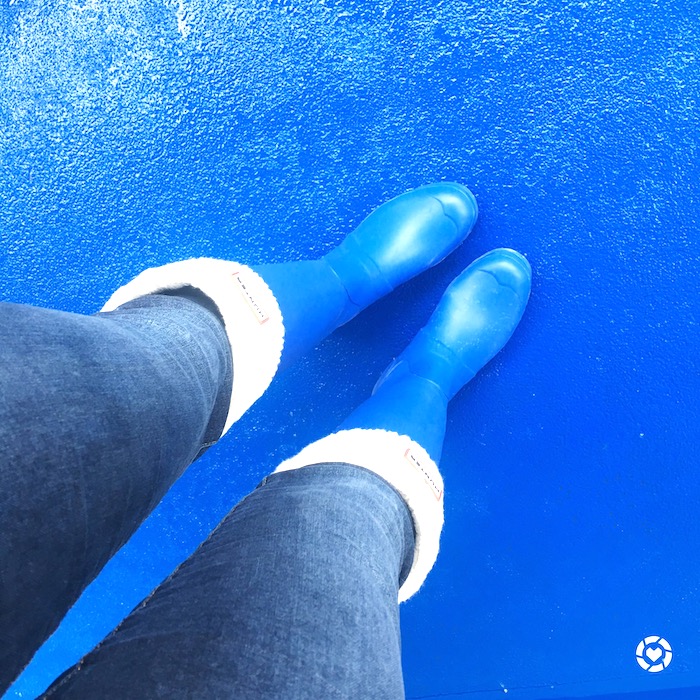 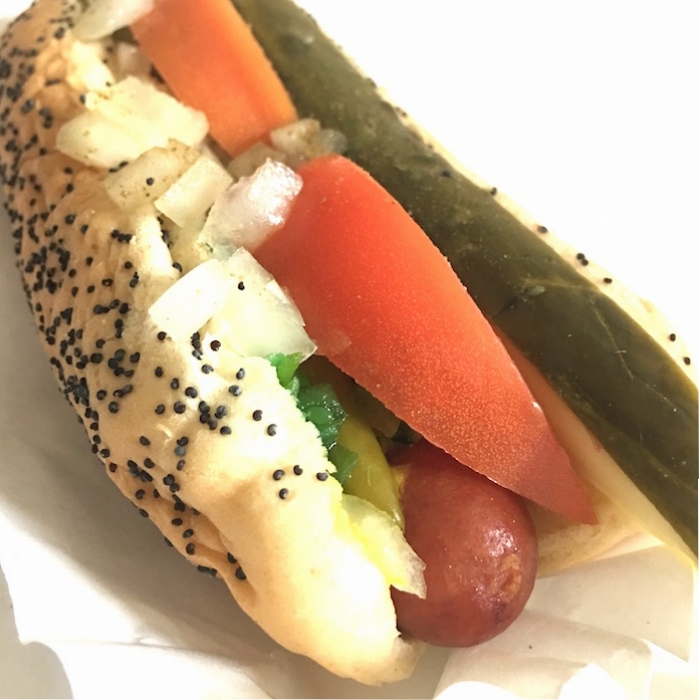 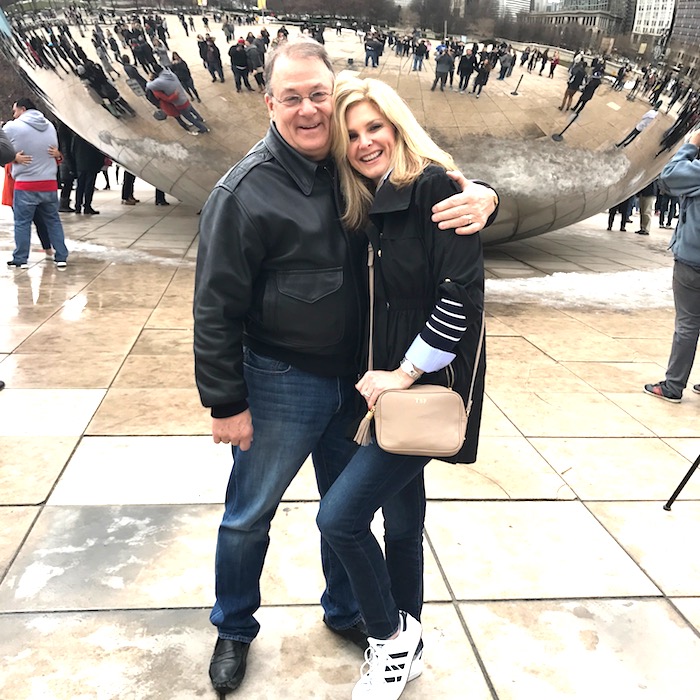 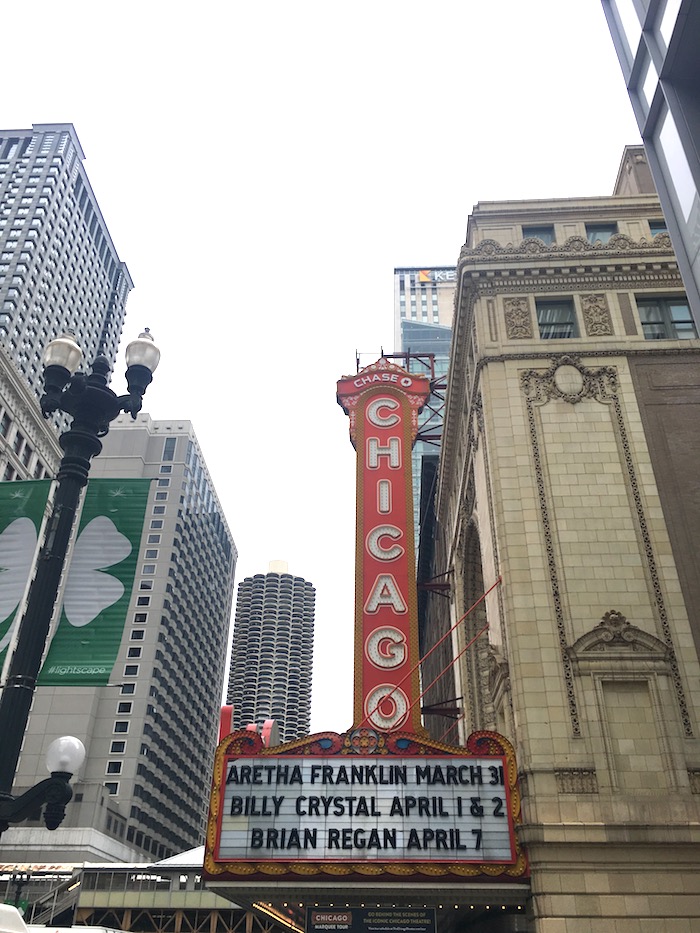 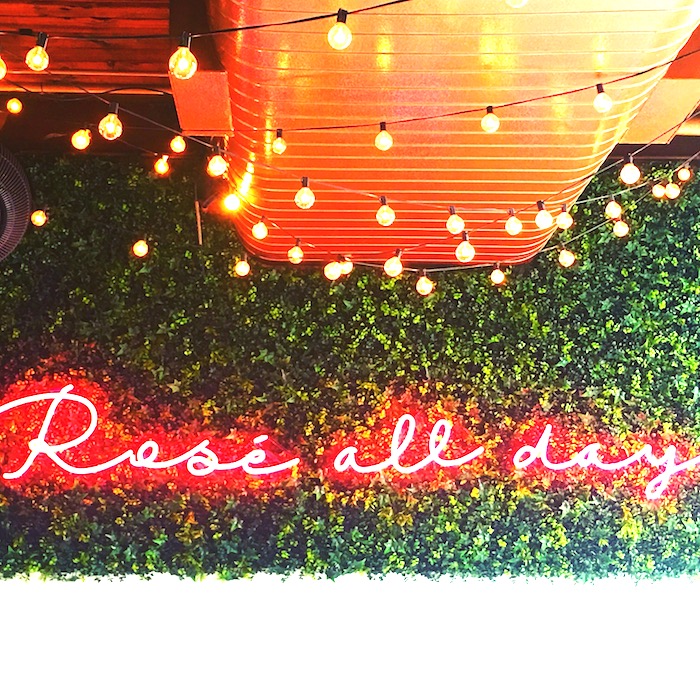 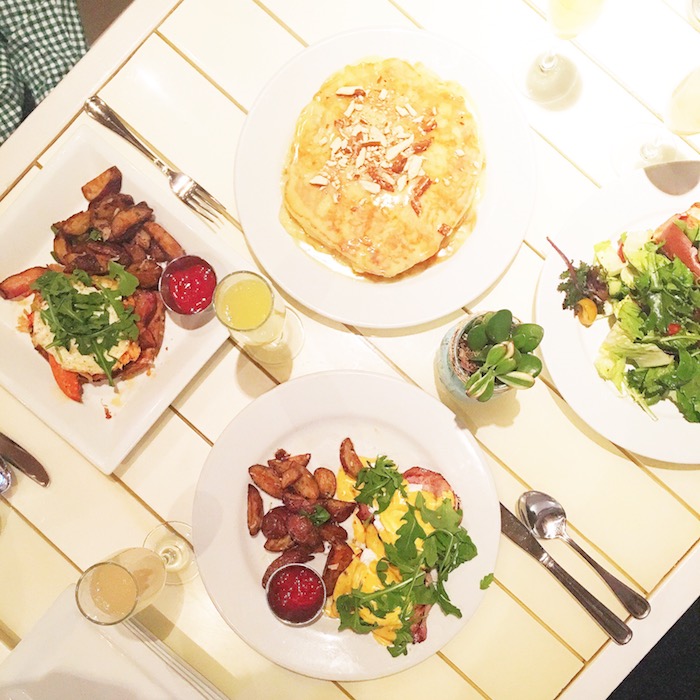 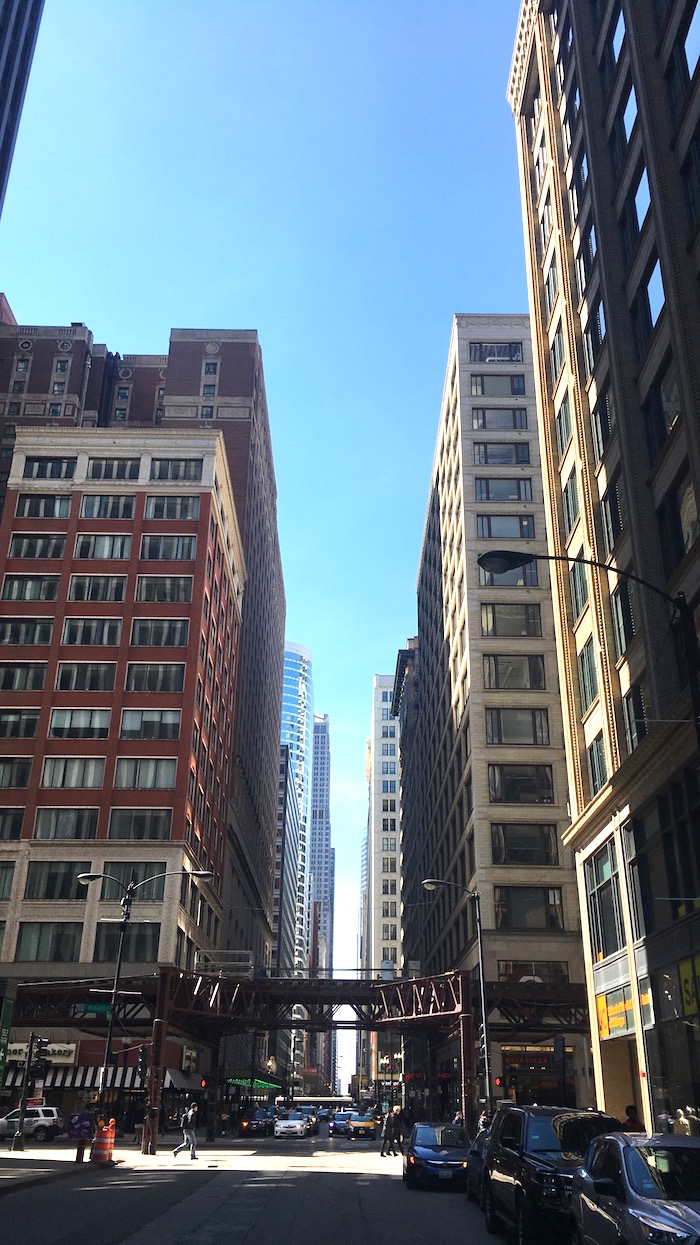 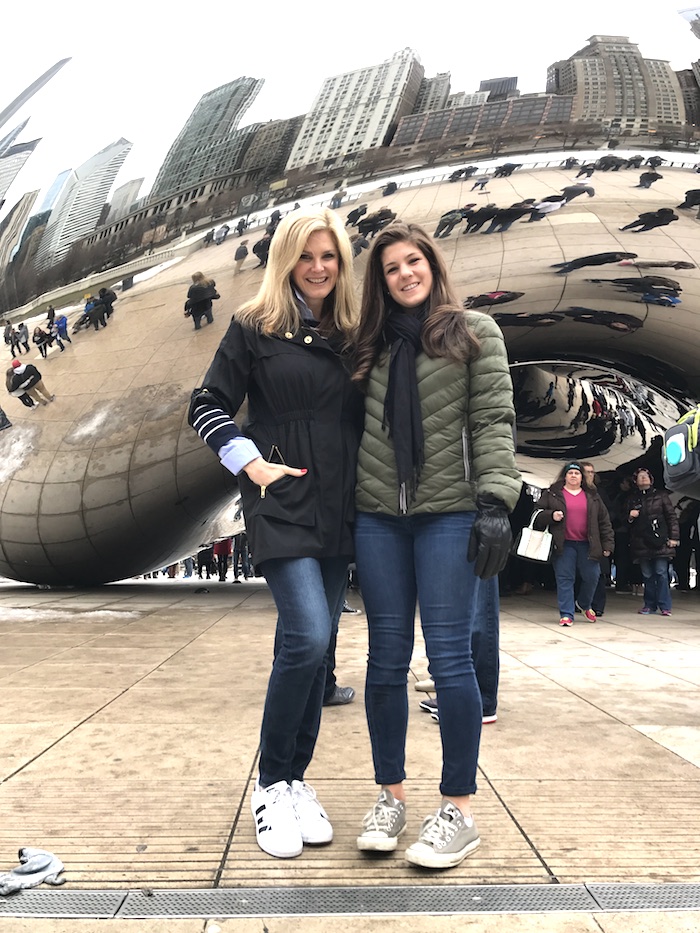 In February we traveled to Chicago, Illinois for two reasons. We had tickets to Hamilton and it gave Taylor a mid-point break from her four months in Guatemala. But the trip turned out to be so much more. Check out my Chicago travel guide.

Can you believe that I’ve never been to Chicago? I was eager to get to the windy city and check it out. Pete and I got to see the original NYC cast in Hamilton in April 2016. We LOVED it so when tickets went on sale for the Chicago production, we grabbed four. Little did we know that Taylor would take her gap semester (she graduated early and her work start date is in June) and volunteer at an orphanage in Guatemala but we worked out the schedules so that this provided a mid-point break for her. Expats also have to leave the country after 90 days so that worked out in her favor. By the way, I hope you are following her amazing journey by reading her blog. She is a beautiful writer and we are so proud of her. Look at this blog post she wrote for me about how to pack for a four month trip. We’re going to Guatemala next week to spend Easter with her and yes, that will also become a travel guide.

I digress… We met in Chicago and had a wonderful long weekend together. As you can tell from our pictures, it was cold! We did the architecture river cruise and learned so much about this beautiful city. Did you know that the four red stars in the city’s flag represent historical events in the city’s history. 1) Fort Dearborn 2) The Great Chicago Fire of 1871 3) The World’s Columbian Exposition of 1893 and 4) The Century of Progress Exposition of 1933–34. Our guide had lots of great information that we learned as we traveled up and down the Chicago River, especially about the buildings and history of life on the river. We stayed at the Palmer House which is located in beautiful downtown Chicago and near Millennium Park (where the ‘Bean’ is). Chicago reminds me of a small New York City. It’s easy to walk around and the city is basically a grid system.

If you haven’t had a Chicago Dog, you’re in for a treat. Traditionally served with white onions, relish, pickle, tomatoes, yellow mustard, pickled sport peppers, it is severed on a poppy seed bun.They have them everywhere and they are delicious! Chicago is also knows for their deep dish pizza so be sure to indulge when you are there. We enjoyed ours at Uno Pizzeria. Be sure to have brunch at The Hampton Social. This is where the ‘Rose All Day’ sign is. The food is great and they serve generous portions. Share the pancakes! For an extra special treat, we booked dinner reservations at Naha and enjoyed the chefs tasting menu with wine pairings. Chicago is one of the few cities in the USA that has Michelin-starred restaurants. Naha has been on that list since 2010.

And yes, we did see Hamilton at the PrivateBank Theater (steps from the Palmer House) and the production is just as good as the New York production. We love this musical and something tells me we will see it again when it comes through Dallas. It was Taylor and Jeff’s (her darling boyfriend) first time to see it.

Factoid: Chicago got its name from the word “shikaakwa,” which means “wild onion” in the Algonquin language. Because the wild onions grew profusely in the area around the Chicago River the Algonquins used “shikaakwa” to refer to the area. French explorers heard the American Indians in the area refer to the place around the Chicago River mouth as “shikaakwa.” The word degraded to “checagou” in the French tongue. Later the explorers learned that the word actually referred to a wild plant in the onion and garlic family that grew in that area. The first written reference to the area as “checagou” was by the French explorer LaSalle in 1679.

Travel note: We flew into Chicago O’Hare airport. Be aware that traffic is horrible. It took us an hour to get to our hotel in downtown Chicago and apparently that’s normal.

Have you been to Chicago? What did I leave out? xoxo- Tanya

P.S. We did a server change and technology update yesterday for the website and blog. I missed you!