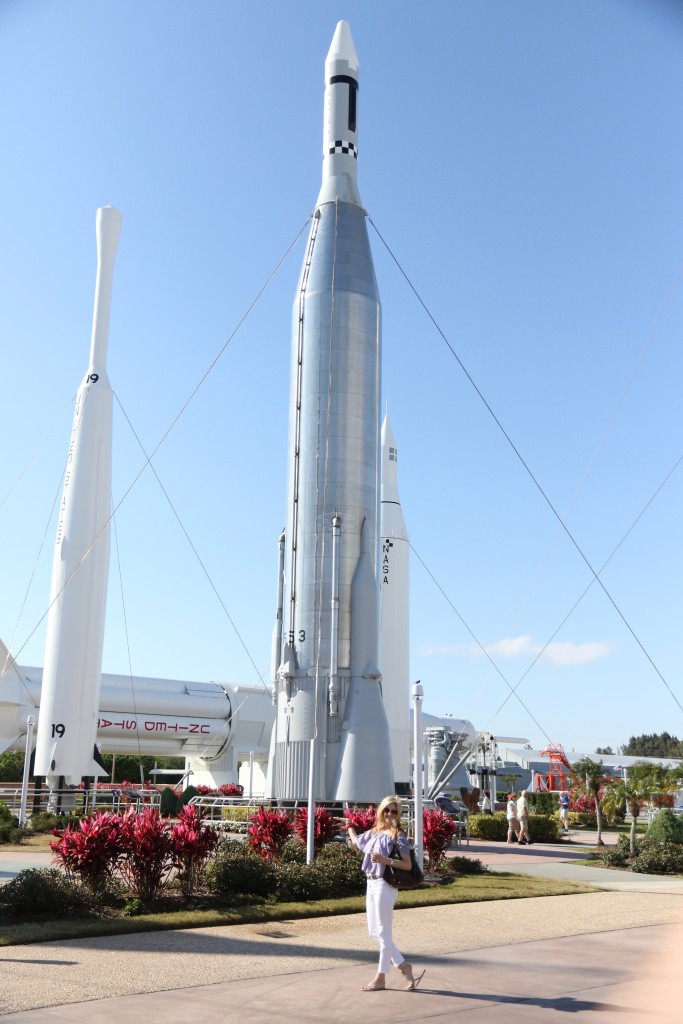 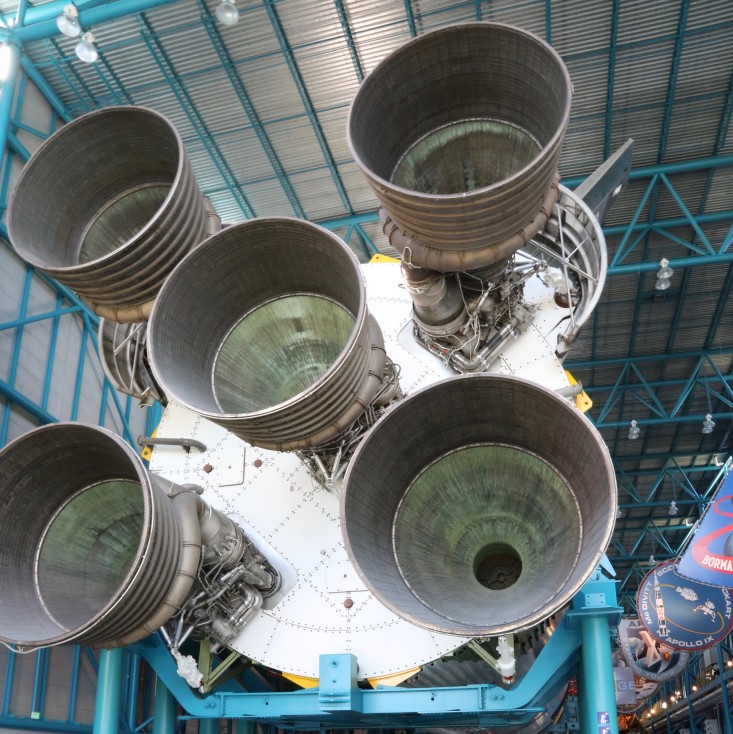 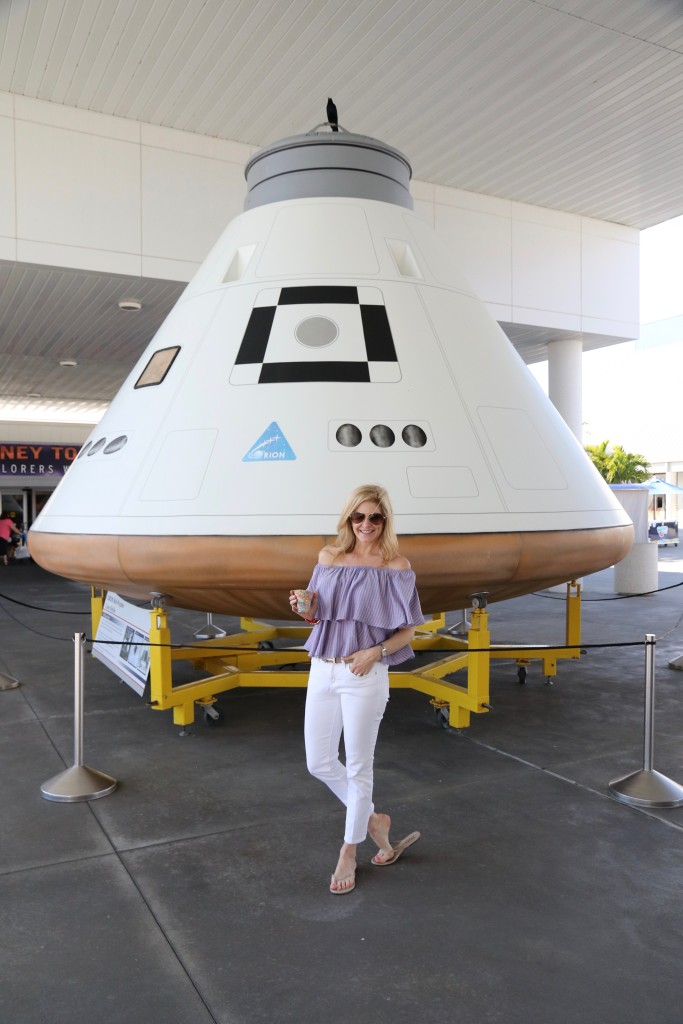 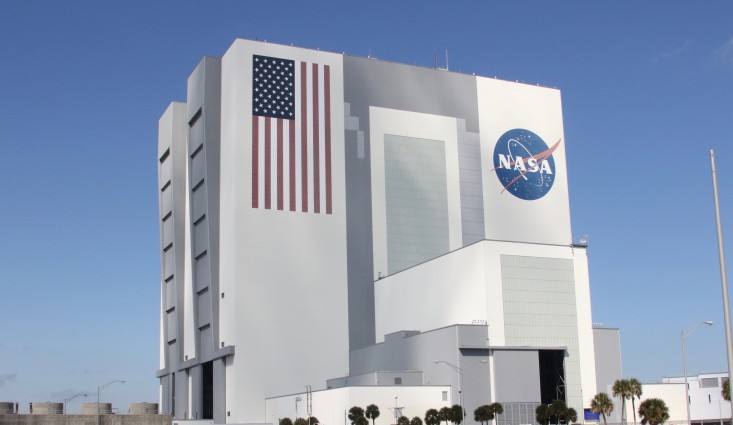 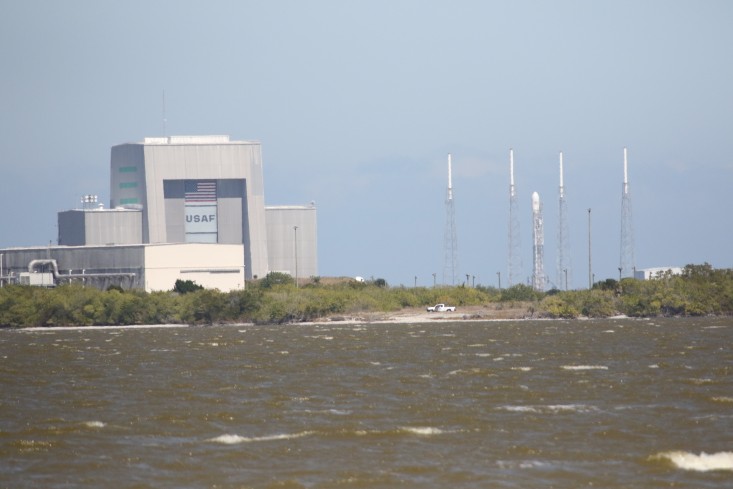 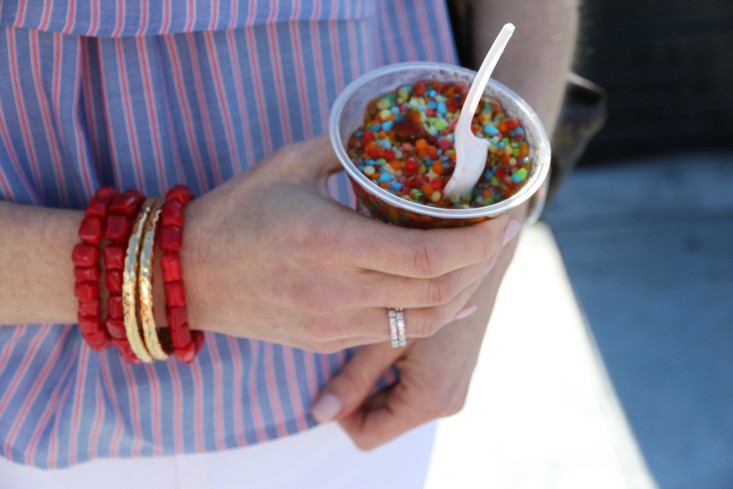 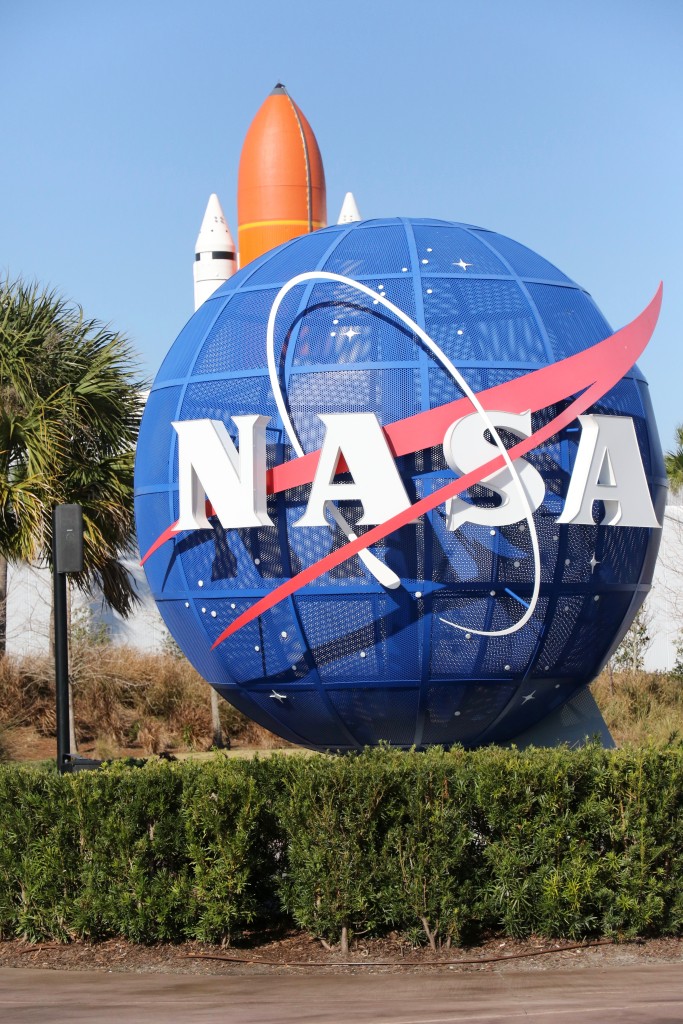 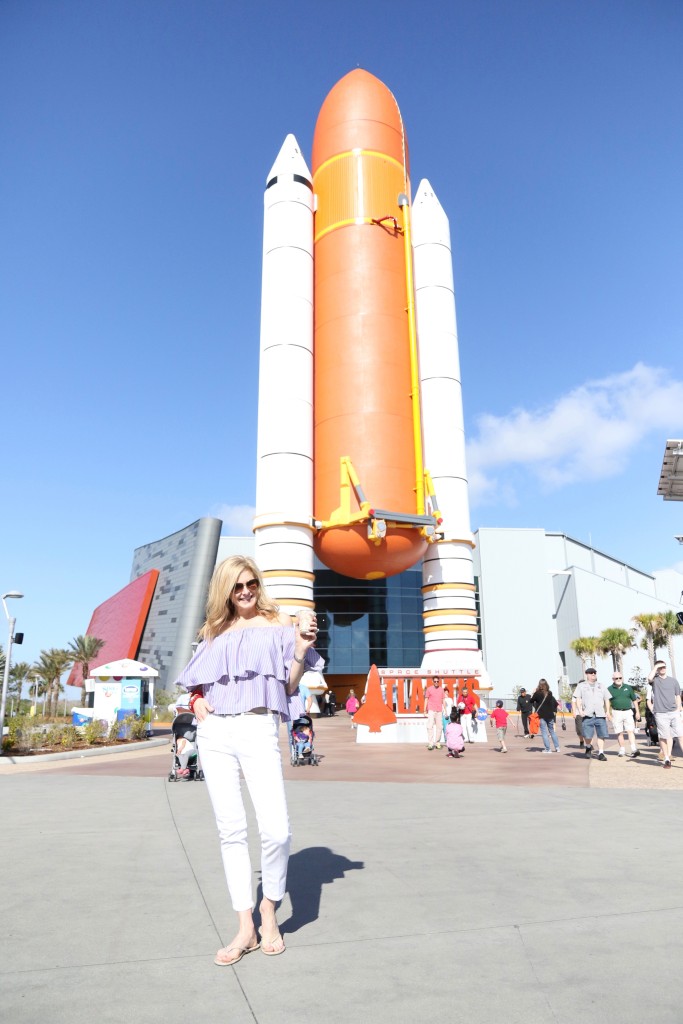 Being a space program enthusiast from my very early years, I was very excited when Tanya told me she had planned a Kennedy Space Center excursion as part of our recent trip to Vero Beach, Florida. I still keep up with NASA’s space program and no better way to do it than visit the place where it all happens – Kennedy Space Center. This was my 5th trip to Kennedy over the last 35 years and there is always more to see and do each time I go. We were fortunate this time to see the latest SpaceX Falcon 9 rocket on the launch pad getting fueled for a launch that evening. SpaceX had attempted several previous launches of this Falcon, but (fortunately for us) had “scrubbed” or delayed  four earlier attempts due to technical, weather or security reasons. SpaceX’s Falcon is one of the two commercial American space systems that can reach the International Space Station and the only one that can return cargo back to NASA. We saw both the current Falcon 9 on the launch pad, plus the new launch pad SpaceX has being constructed at Launch Complex 39A – the site of so many Project Apollo moon missions and over half of the Space Shuttle launches. This is the place the new Falcon Heavy rocket will launch for the first time this summer.
There is so much to see and do at the KSC that it takes about 2 – 3 days to see it all. From the new Space Shuttle Atlantis Experience, to the guided VIP bus tours, to the two IMAX theaters, to the Rocket Garden to the Astronaut Hall of Fame, to the Apollo/Saturn Center, KSC is exciting, entertaining and informative. In a special treat thanks to lucky timing, the evening of our visit we were able to actually see the SpaceX Falcon launch – it was quite a sight on a beautiful evening. We saw the entire flight of the first stage, the separation of the first stage, 2nd stage ignition and about 4 minutes of the flight of the second stage. We also saw the Falcon’s protective cargo cover separate from the rocket.

In my book the Kennedy Space Center is a must see if you’re anywhere near the Central Florida Atlantic Coast. This is a great trip with kids, grandkids or just  adults. Tanya has linked you to everything she had on that day. She wants me to share with you that casual style is a must while visiting KSC.

I hope you enjoyed our little excursion and tour.   – Pete 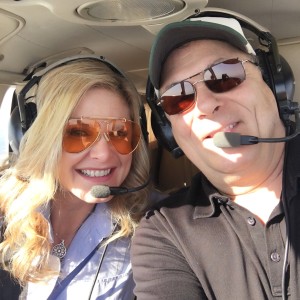 About Pete Foster
Peter Foster is an avid technologist, engineer and fan of US space operations. He has over 25 years’ experience as CEO of technology companies, been granted 12 US Patents, has co-authored a book on speech recognition and is an instrument-rated private pilot with over 2500 logged hours.