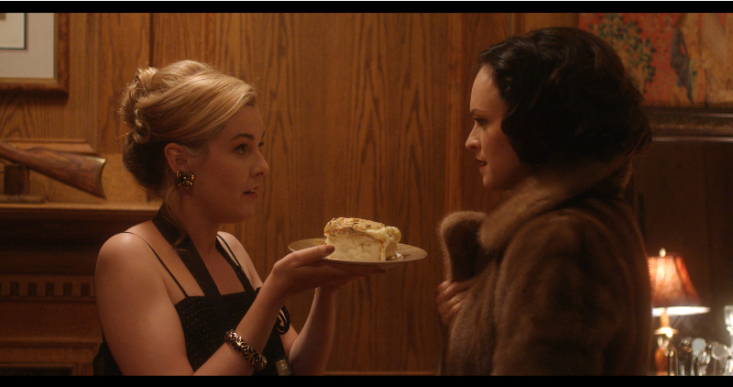 Thanks to everyone who came out and joined me for the advance screening of My Big Fat Greek Wedding 2 last night.  What a fun movie! In other film news, the Dallas International Film Festival has just announced their full line up and it is a doozy for their 10th year. And I’m giving away a FESTIVAL PASS to two lucky winners (value of $425 each)!

There are two films that I would like for you to pay attention to. My dear friend Jenna Jackson’s new documentary UNTIL PROVEN INNOCENT (trailer below) will premiere at DIFF and the short film that I am have small role in will screen as well (yes, that’s me with the large 80’s hair!). That film is THE MINK CATCHER (trailer below) and it will be in a shorts block. Please buy passes or tickets and join me for those two special films. Heck, join me for 11 days of film from April 14 – 24. Get all the details below but most importantly, you can buy your film tickets online starting Thursday, March 24th!

Popcorn and milk duds for everyone involved!  xoxo- Tanya

Click below to enter to WIN one (1) FESTIVAL PASS. Two (2) winners will be selected. Contest runs through midnight April 5th. All winners will be notified by April 8th. To be eligible to win you must leave me a comment with 5 e-mails. Those e-mails will be subscribed to tanyafoster.com. If you prefer, you may leave me a comment below and e-mail Tanya@thefosters.net with the 5 e-mails (in case of privacy issues). Please check the contest widget below for additional opportunities to WIN! Good Luck!

The full schedule has been announced  for the 10th annual Dallas International Film Festival, including screenings of festival favorites like “High-Rise,” “Sing Street,” “White Girl” and “Morris From America.” The festival previously announced its first ten picks, including “Weiner” and “Sonita,” both big winners at this year’s Sundance, along with Chris Kelly’s “Other People”.

Dallas will also play home to world premieres of Shaun M. Colon’s “A Fat Wreck,” Alix Blair and Jeremy M. Lange’s “Farmer/Veteran,” Ben Caird’s “Halfway” and Jeff Barry’s “Occupy, Texas.” The festival has also today announced the inclusion of USA Network’s new television series, “Queen of the South,” which will debut its pilot episode as a Centerpiece Gala presentation. Of this year’s 114 film (64 features and 50 shorts), nine are making their world premiere at DIFF.

“This year’s 10th anniversary edition of the Dallas International Film Festival appropriately does what we do best: present films from around the world, independently produced, and locally shot productions, that are entertaining, exciting, surprising, and challenging for Dallas audiences to see for the first and possibly the only time. In our 10th year, we will once again bring to Dallas our favorite films from the festival circuit, as well as new discoveries, we’ll celebrate the work of film legends and amazing artists behind the camera, and we’ll add some brand new, fun wrinkles to our programming – like the debut of a locally shot television series and the next episode of a new VR series, as well” said James Faust, Artistic Director of DIFF.

The full schedule can be found in this announcement. Online ticket sales will be available starting Thursday, March 24th at DallasFilm.org The physical Prekindle Box Office at Mockingbird Station will open on Thursday, March 31. The Dallas International Film Festival runs from April 14-24 in Dallas, Texas.