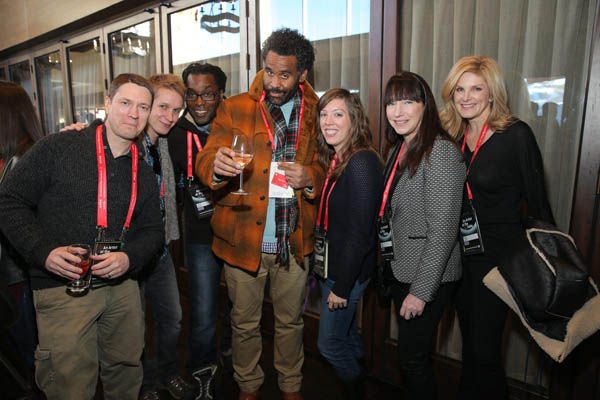 Sundance to me is the best of film. A great way to see and experience independent film and showcase artists whose voice and story need to be heard and seen.Traversing this festival is such a personal experience and no two journey’s are alike. I am fortunate that my dear friend Ruth invites me to join her and our other film friends annually. I love watching film and comparing notes with James, Sarah, Eric, John, Matt, Wade and Ruth.

I am going to give you a little glimpse into this world by recapping my week. Remember, I am not a film critic. I leave that to the professionals. Hollywood Reporter, Indiewire and John Wildman’s blog Film Threat are great resources for to check out for the in-depth details and critiques. For me, enjoying Park City, Utah’s landscape, restaurants and parties is also an important component to the experience. There is so much to do during Sundance Film Festival that you can’t possibly make every film, party and special event.

On average, we see three films a day with the first one starting around noon. This year, I saw 12 films and attended numerous special events. My films are listed in the order I saw them and linked to the description on the Sundance Film Festival site.

Day 1: Opening night film was WHAT HAPPENED, MISS SIMONE followed by a surprise performance by John Legend who was hugely influenced but the music of Nina Simone. This night was accented by attending An Artist At The Table event where we were seated with the filmmakers from FRESH DRESSED and UMRIKA. What a great way to get to know the artist better and encourage us to see their films.
Day 2: STOCKHOLM, PENNSYLVANIA, THE OVERNIGHT and THE END OF THE TOUR
Day 3: RACING EXTINCTION, FRESH DRESSED and UMRIKA
Day 4: PARTISAN, LAST DAYS IN THE DESERT & film premiere party (shout out to Bonnie Curtis and Julie Lynn our friends and producers of Last Days in the Desert)
Day 5: Women in Film brunch with special guests JANE FONDA & LILY TOMLIN and  THE STANFORD PRISON EXPERIMENT
Day 6: RESULTS (filmed in Austin, Texas) and THE WITCH

Throw in lunches, dinners and meetings and you can see how this easily becomes a long day. Some of our favorite Park City establishments are Reef’s, Bangkok Thai on Main, Davanza’s, Table One and coffee at Atticus.

My personal favorite film this year was UMRIKA. But THE WITCH is a close second. I can’t wait to hear who wins the awards on Saturday night. But then getting in to Sundance Film Festival already makes you a winner. Over 12,000 films are submitted and about 160-180 films in total are selected to screen. Premiering at Sundance is HUGE!

Shout out to seeing our friends and meeting some new ones along the way. It was great to see Bonnie, Julie, Laura, Tanya (yes, there is another one who spells it like me), Brian, Peter and Jason. Producers, agents and all-around great film friends. How can you see some of these gems? Check the acquisition list to see who is picking up these films for distribution.

I hope this gives you a little insight to my 2015 Sundance experience. I loved sharing Fashion+Film with you.