Are you a cinephile?  I am. I love film, film festivals, film making and anything that has anything to do with film. The good news is that my need for viewing lots of film will soon be satisfied with 2014 DIFF.  And to celebrate, I am giving away ONE festival pass to a Film+Fashion+Fun subscriber. Just subscribe to www.filmfashionfun.com by Monday, March 17th and you will be entered for a chance to win the Dallas International Film Festival FESTIVAL PASS ($375 value). By the way, that is the opening day of the DIFF box office to the public.  Then you can enjoy film as much as me.  Need more information?  Be sure to check out the opening night film and centerpiece films below and click here for the full line up just announced. I’ll see you in the theater.  Who is grabbing the hot tamales and pop corn? 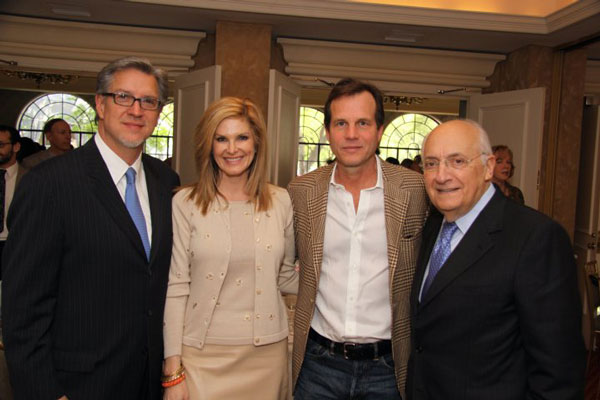 The 8th edition of the Dallas International Film Festival, presented by AutoNation April 3 – 13, 2014 announced its full list of features and shorts to be screened through the 11-day festival.

For the 2014 Festival, more than 172 features, documentaries, shorts and student films representing 27 countries make DIFF truly an international Festival. Of the feature films at the Festival, 11 will see their world premieres and three are North American premieres—all represent some of the best in the art of filmmaking. These films were selected from more than 1,300 submissions from around the world.

The 2014 Dallas International Film Festival full schedule can be found online at DallasFilm.org (click on Film Guide).  Here are some of the special features about the 2014 DIFF.

Opening Night Film
WORDS AND PICTURES (USA)
Presented by the Arthur E. Benjamin Foundation and Sheri Deterling and Geoff Hawkes
DIRECTOR: Fred Schepisi
Cast: Clive Owen, Juliette Binoche
An art instructor and an English teacher form a rivalry that ends up with a competition at their school in which students decide whether words or pictures are more important.
Centerpiece Films
BELIEVE ME (WORLD PREMIERE) (USA)
DIRECTOR: Will Bakke
Cast: Nick Offerman, Johanna Braddy, Christopher McDonald
When Sam Weller convinces his fellow college seniors that they should create a fake Christian charity as a means to drum up tuition money, the boys find themselves thrust into an unexpected religious revival, where impassioned believers take in their every word. In the hands of some of television’s brightest stars, BELIEVE ME is a clever satire that winds up divinely redemptive.
HEAVEN IS FOR REAL (USA) (World Premiere)
DIRECTOR: Randall Wallace
Based on the #1 New York Times best-selling book of the same name, HEAVEN IS FOR REAL brings to the screen the true story of a small-town father who must find the courage and conviction to share his son’s extraordinary, life-changing experience with the world.
The film stars Academy Award® nominee and Emmy® award winning actor Greg Kinnear as Todd Burpo and co-stars Kelly Reilly as Sonja Burpo, the real-life couple whose son Colton (newcomer Connor Corum) claims to have visited Heaven during a near death experience.  Colton recounts the details of his amazing journey with childlike innocence and speaks matter-of-factly about things that happened before his birth … things he couldn’t possibly know.  Todd and his family are then challenged to examine the meaning from this remarkable event.
ABOUT THE DALLAS FILM SOCIETY
The Dallas Film Society celebrates films and their impact on society.  A 501(c) 3 non-profit organization, the Dallas Film Society recognizes and honors filmmakers for their achievements in enhancing the creative community, provides educational programs to students to develop better understanding of the role of film in today’s world, and promotes the City of Dallas and its commitment to the art of filmmaking. The annual Dallas International Film Festival, scheduled for April 3 – 13, 2014, is a presentation of the Dallas Film Society. In addition to producing one of the largest festivals in the Southwest, the Society produces numerous year round events, screening series and partnership programs with arts organizations around the city.  For more information, call (214) 720-0555, or visit www.DallasFilm.org.  The offices of the Dallas Film Society are located at 3625 North Hall Street, Suite 740, Dallas, TX 75219.