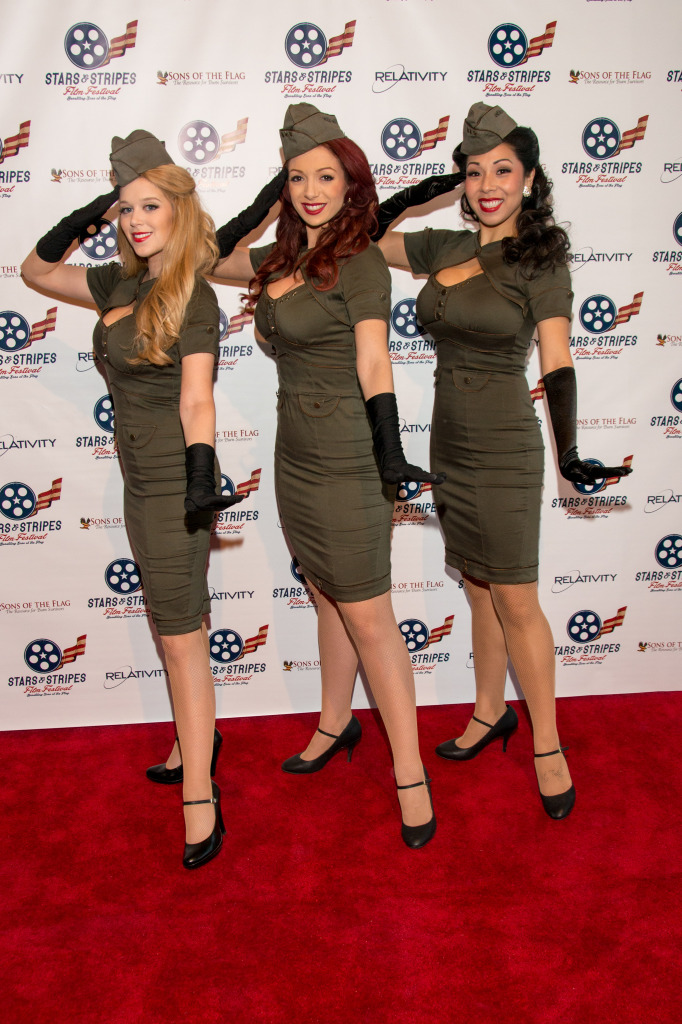 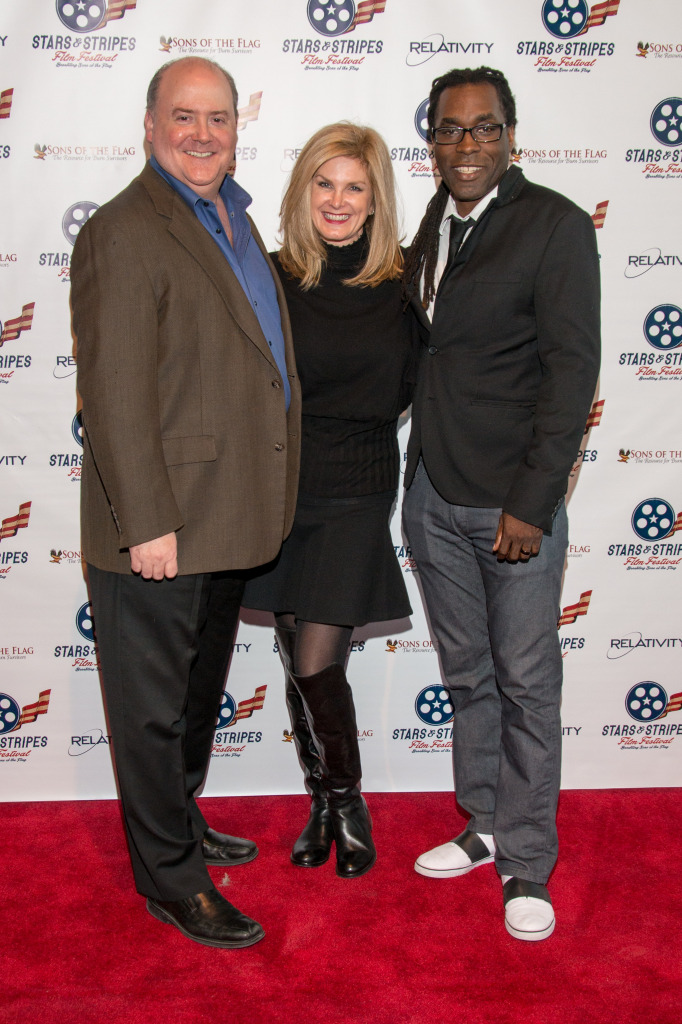 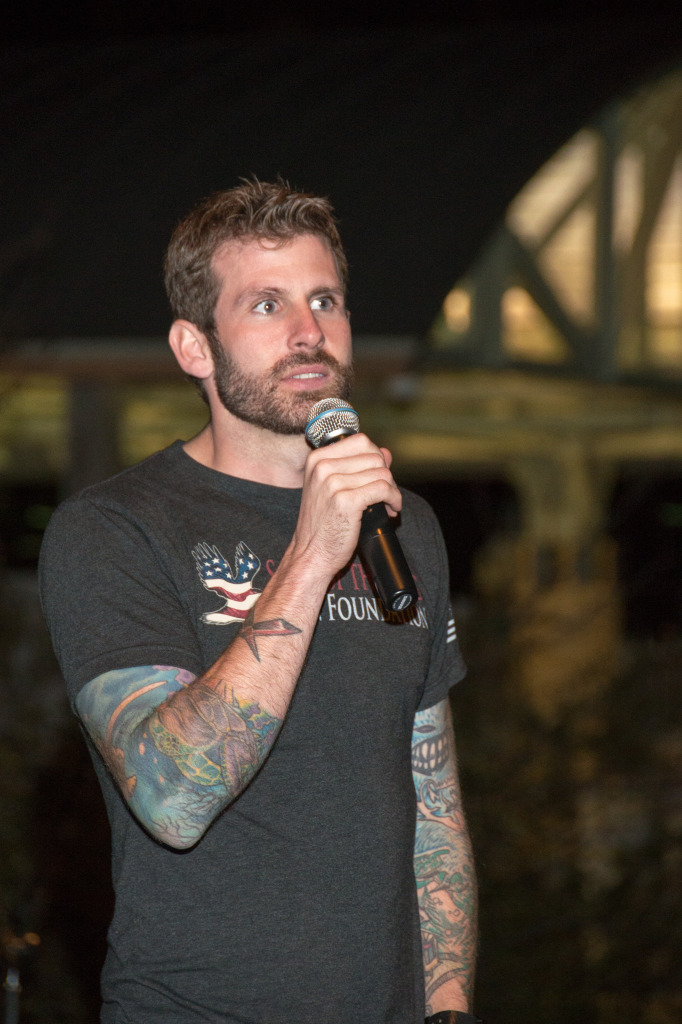 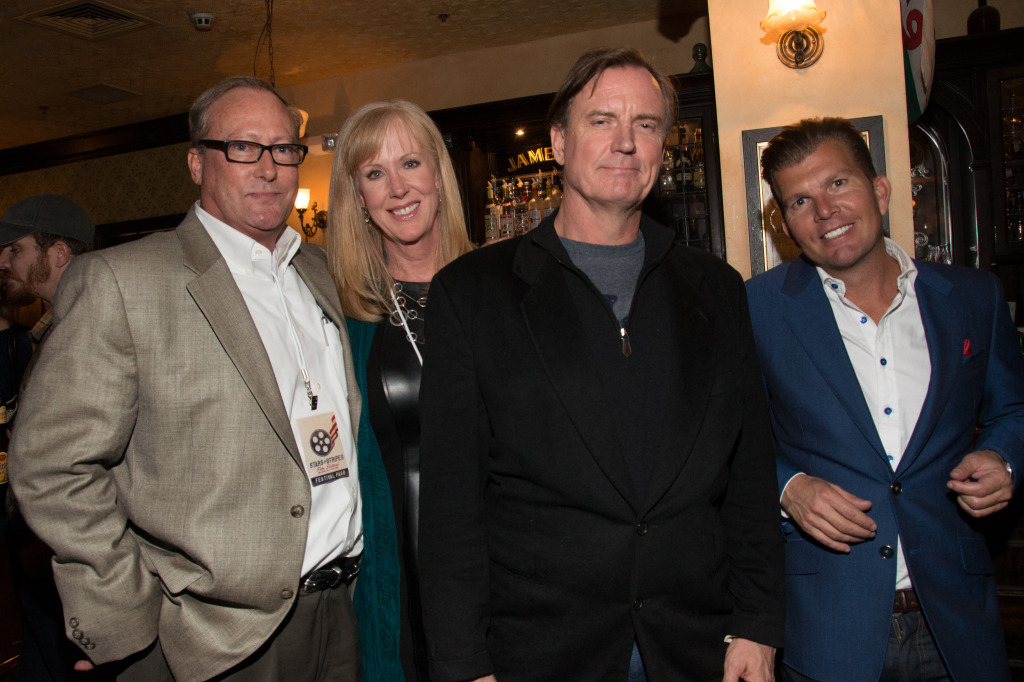 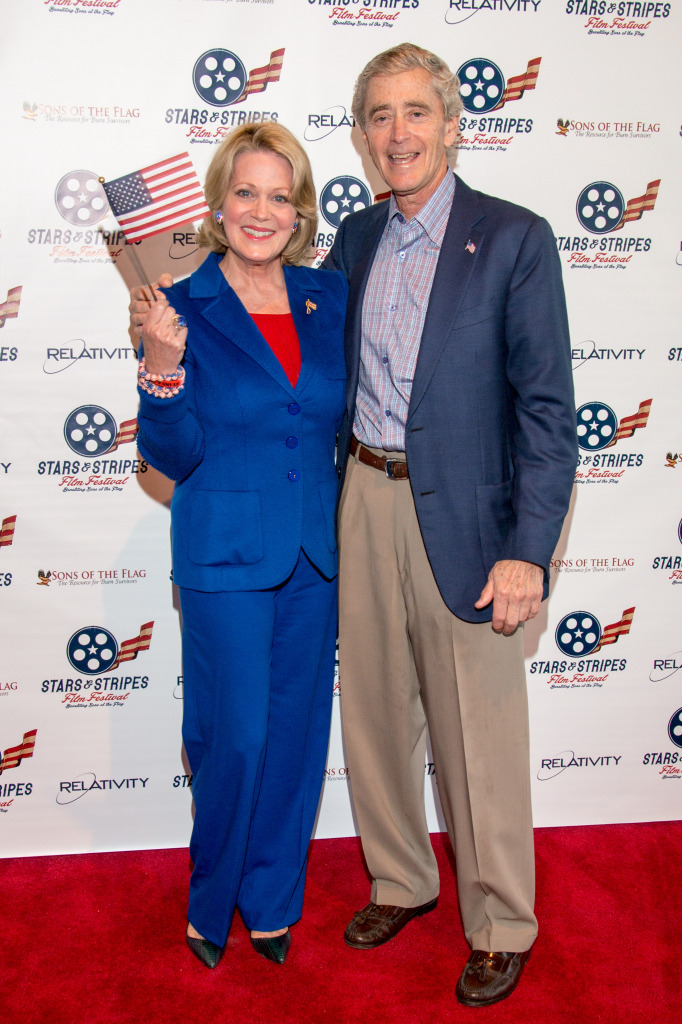 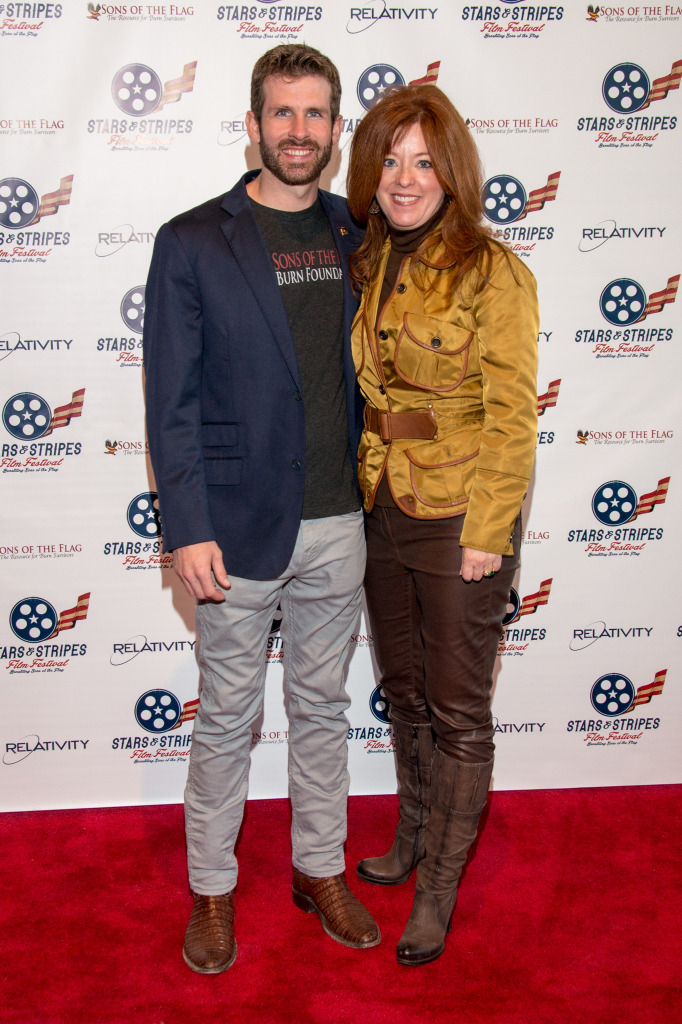 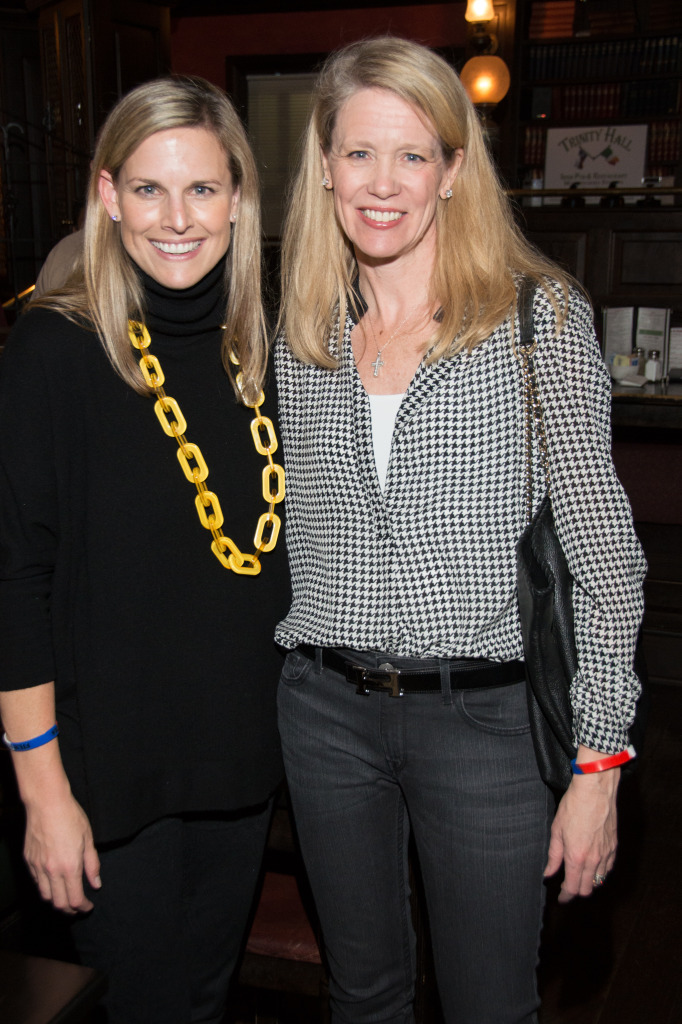 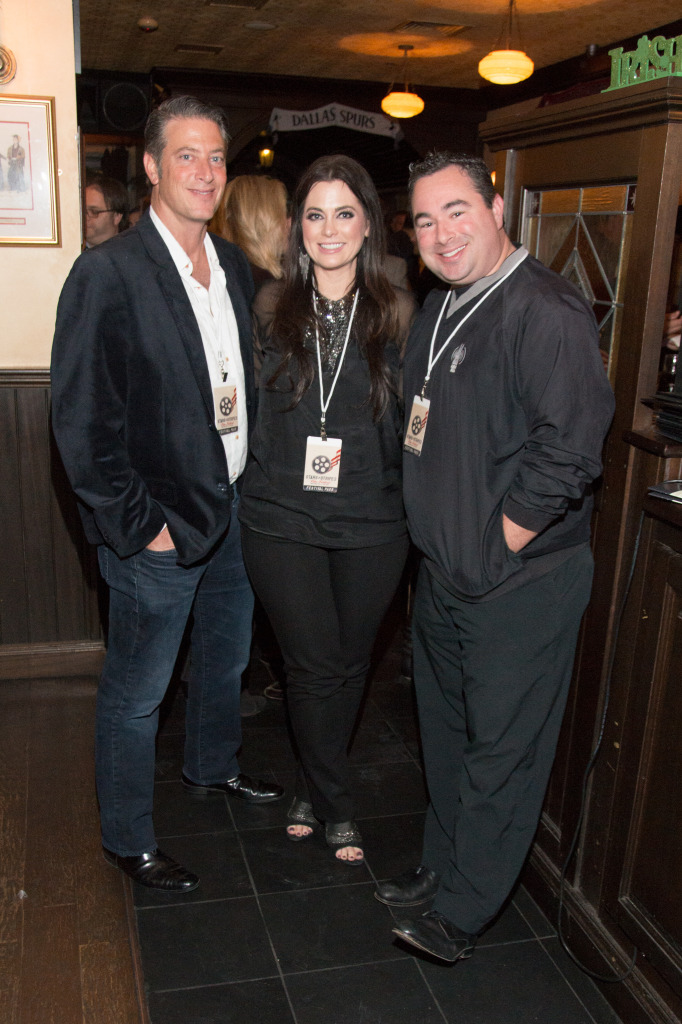 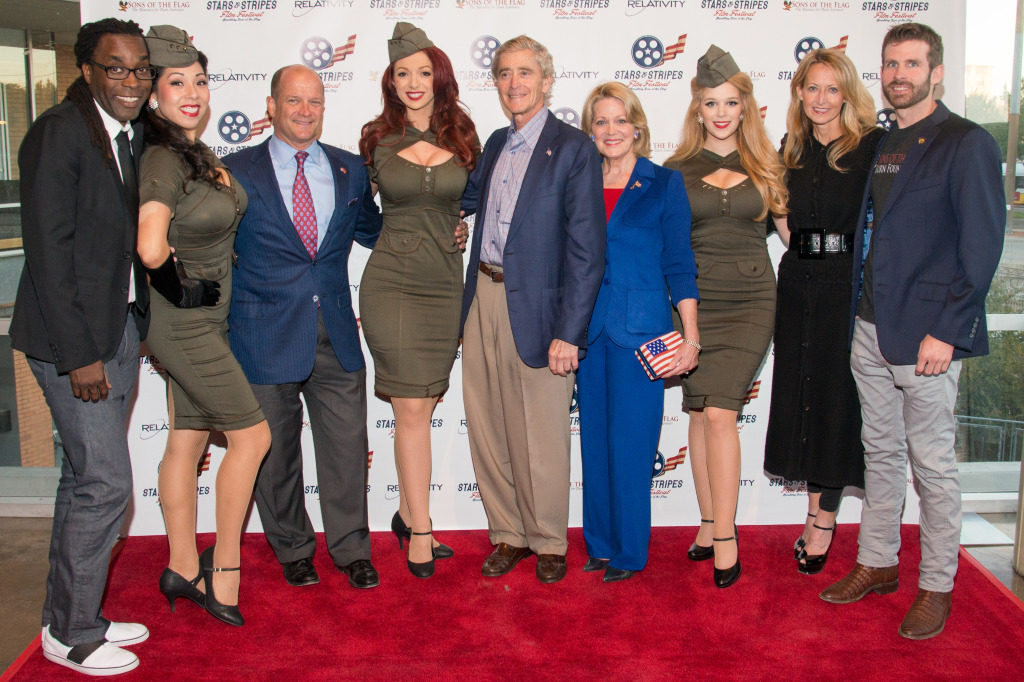 To start a new event takes a village of dedicated and passionate people. I am thrilled that I could be a part of this new event. The inaugural Stars & Stripes Film Festival, benefitting the Sons of the Flag, took over Dallas this weekend, honoring veterans the weekend before Veteran’s Day. After each film movie talent and Medal of Honor veterans participated in question and answer sessions. The films were free to all active duty military and veterans.

On Thursday, November 6th, the festival presented their opening film, Act of Valor, with a VIP reception held on the covered patio before the screening of the film. Film producer, Mike “Mouse” McCoy was in attendance as well as SEAL Team Seven, whom the film is based on, and some of whom were in the film. Guests sipped on cocktails and nibbled on light bites prior to the screening while listening to patriotic, retro tunes by the American Bombshells. Barry Tubb, the actor who portrayed Wolfman in Top Gun, one of the films that was shown this past weekend, and Jules Naudet, film maker of 9/11, were also in attendance for opening night. After the film McCoy and SEAL Team Seven participated in a question and answer session in front of a theater full of Dallas’ most charitable. Then film guests headed to Trinity Hall, adjacent to the Angelika Film Center, for a lively opening night party.

The rest of the Stars & Stripes Film Festival went off seamlessly as movie buffs and veterans gathered at the Angelika Film Center for the remainder of the weekend. Over $200,000 was raised for the non-profit organization. Dates are already set for next year. Join us November 5-8, 2015.

Sons of the Flag
Sons of the Flag is vigilantly committed to supporting military, first responder, and civilian burn survivors by providing funding for innovative research, Fellowships for doctors to further their training in treating burn survivors, and support for those impacted by a traumatic burn. It is our deepest desire, that no human being suffer the devastation of a traumatic burn.  But until that vision becomes a reality, Sons of the Flag is committed to being a resource before a burn happens, once a burn happens, and long after initial treatment is complete.
For more information on how you can donate or get involved with Sons of the Flag, please visit www.sonsoftheflag.org