a coup in camelot 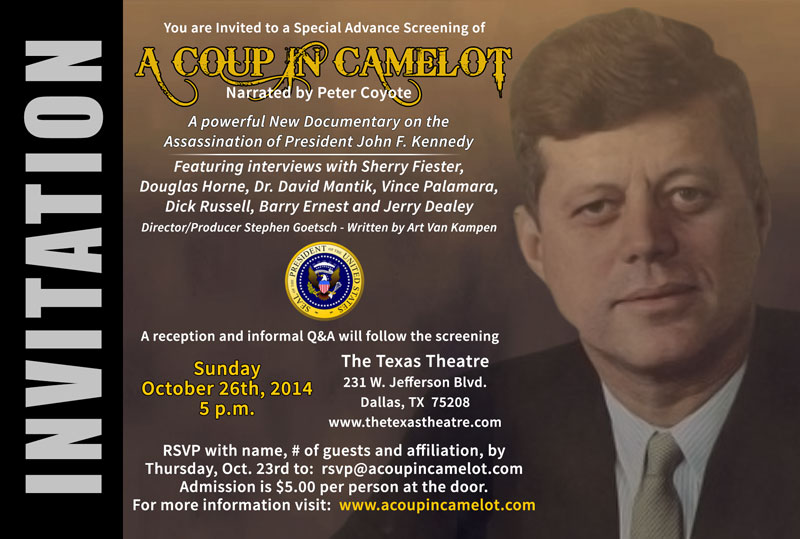 PROMO ALERT: 20 lucky Film+Fashion+Fun readers will get to attend this special screening for FREE. Just leave me a comment and let me know that you want to join me on Sunday, October 26th at the 5:00 PM screening. One ticket per person/comment, please. Thanks for being a loyal reader!

About A Coup in Camelot

A Coup in Camelot is a powerful new documentary about the investigation of America’s most infamous cold case — the assassination of President John F. Kennedy. Narrated by Peter Coyote and directed/produced by Stephen Goetsch, A Coup in Camelot shines a new light on the “forensic fingerprints” surrounding the tragic day in November 1963 that left the country without its 35th president.

From JFK’s plans for peace, to the United States immersion in Vietnam after President Kennedy’s death, this powerful examination of new research with exclusive interviews and analysis by the top medical, forensic and research experts in the country unfolds to tell the dramatic tale of
A Coup in Camelot.