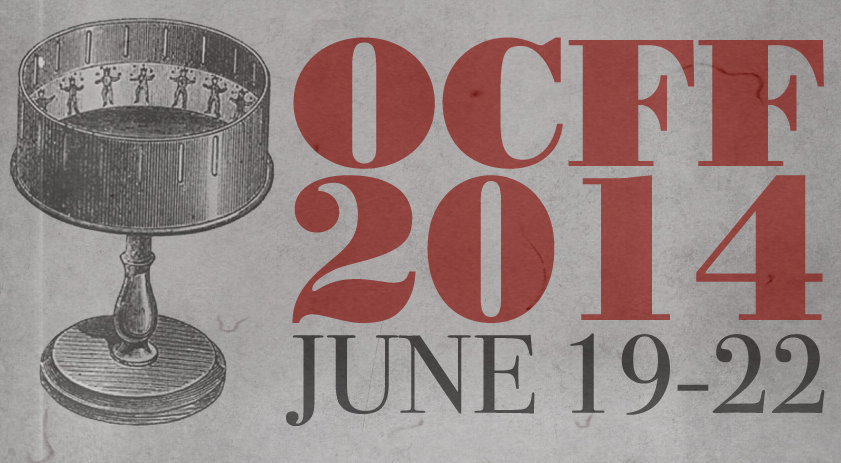 Looking for something to do this weekend in Dallas?  The Oak Cliff Film Festival runs June 19-22.  Here are all the details.

The 2014 festival will build a bridge between photography and cinema through a host of the events and interactions that area audiences have come to expect from the OCFF team.

Submissions have increased as the festival has grown and every year it becomes more difficult to select from such an incredible stable (pun intended) of work. The films curated this year are all over the map in terms of genre but all show extraordinary skill and share a focus on craft.

The 3rd year festival has reaffirmed its neighborhood focus. Fest Co-Founder Eric Steele noted that, “Beyond programming, we spent a great deal of time curating the experience of our filmmakers and festival-goers this year — specifically, by partnering with the likes of new book store and bar, The Wild Detectives, and putting a literal spotlight on Jefferson Tower,” by holding a free rooftop screening at the Tower. “The Oak Cliff community has been vital to the success of the festival and we look to this year as being a celebration of our neighborhood.”

Additionally, OCFF has expanded its programming to include journalism. “When Drafthouse Films and Warner Bros. came on board to present a double feature of Sidney Lumet’s DOG DAY AFTERNOON and the real-life ‘Sonny’ doc, THE DOG,” said Co-Founder Adam Donaghey, “it made sense to explore the origins of the story by having a conversation with the writer of the piece that inspired Lumet’s masterpiece.” P.F. Kluge authored the 1972 LIFE Magazine article, “The Boys in the Bank,” and will be in attendance to a lead a discussion.

Select Screenings and Events include:

– Opening night with The Texas Premiere of a new film produced by Sailor Bear Productions/ Toby Halbrooks, James Johnston and David Lowery, with director in attendance.

– Special double feature: 35mm presentation of DOG DAY AFTERNOON followed by a DFW-premiere screening of THE DOG, with Life Magazine “The Boys in the Bank” author P.F. Kluge in attendance.

– Closing night with the Texas Premiere of THE BETTER ANGELS, the feature debut from Terrence Malick‘s longtime collaborator A.J. Edwards, which focuses on Abraham Lincoln’s harsh, early years in Indiana.

– DFW Premiere of the Sundance hit TO BE TAKEI, which follows LGBT hero George Takei’s journey from a WWII internment camp, to the helm of the Starship Enterprise, to the daily news feeds of five million Facebook fans.

– BUZZARD, which might be the best movie featuring Nintendo Power Gloves, hot pockets, and bugles that you’ll see all year!

– Take a journey up a cable car in Nepal in the mesmerizing, 16mm-shot ethno-doc MANAKAMANA, produced at the Harvard Sensory Ethnography Lab.

Finally, the OCFF team is excited to unveil the “Muybridge Filmmaking Award.” One filmmaker will receive a Blackmagic Design Pocket Cinema Camera package for their next project. Creative Director, Jason Reimer, on the name of the grant as well as choosing the theme for the Festival: “The theme for 2014 reflects a return to the most basic illusion of film. The image.” Reimer says, “Strung together images are the magic trick of film.”

“Dallas is a city that historically supports buildings — not always artists,” said Steele. “We dream that this filmmaking award will grow each year, eventually aiding in launching  the careers of young filmmakers with funds raised by the festival.”