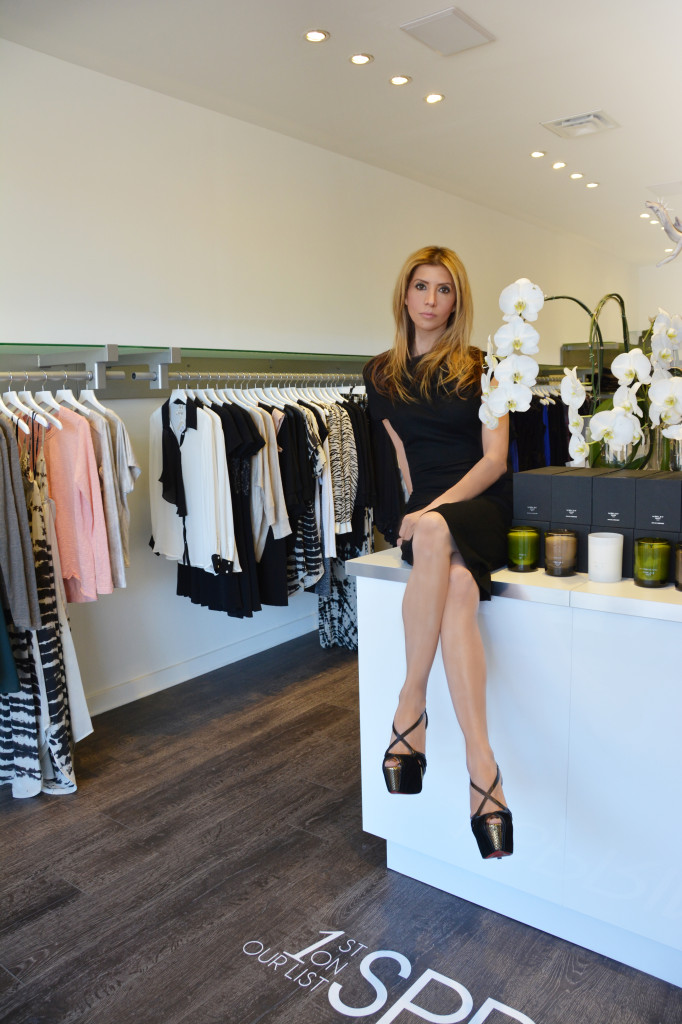 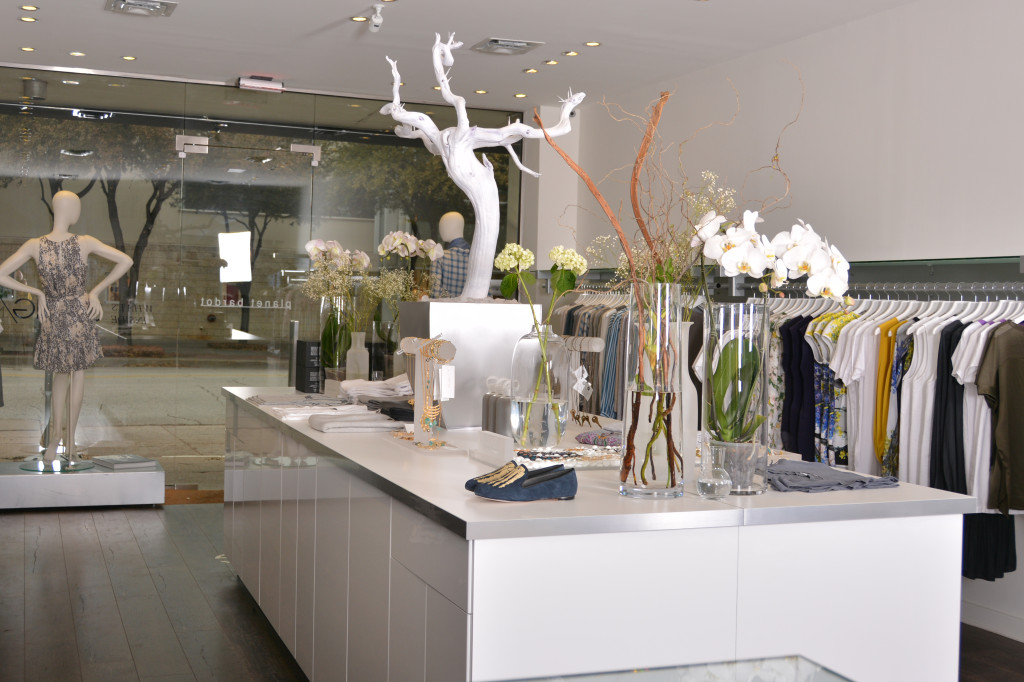 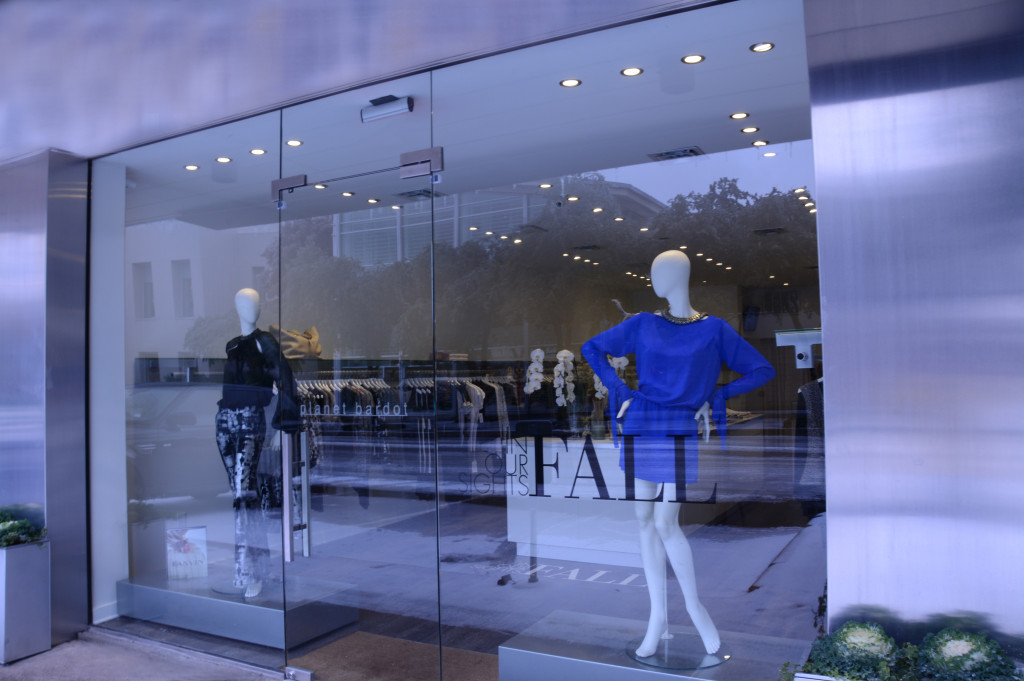 Wondering what that new, chic boutique on Knox is?  It’s Planet Bardot and the designer/creator is Diana Tabeshi. Here’s the scoop.  And stop by to check it out.

Planet Bardot offers customers a highly-edited and handpicked selection of the season’s best fashion items from both internationally acclaimed and young emerging designers.  Billed as the “Ultimate Private Collection,” the store offers style savvy customers the season’s exceptionally hard-to-find fashion—transforming their closets into a lifestyle. All of Planet Bardot’s merchandise is hand-picked and unique contemporary pieces are showcased in an inviting and exclusive environment.

The décor is a combination of custom furnishings, unexpected material choices, shades of white and a focus on form, with simplified and smooth interior lines. The layout of the store was inspired by contemporary European luxury settings, characterized by the gallery being laid out in pastel shades and optical high gloss white counters and fixtures to allow the products on display an optimum presence.

The Fashion Group International’s Rising Star award winner, Diana Tabeshi, has a long-spanning career in the fashion world. Known as the authority on denim for the contemporary market, her reputation supports her former designer labels – Denim for Immortality, Aristocrat Denim and Cleo Brands.

Upon achieving this level of worldwide success, a private-equity firm from France purchased Denim for Immortality and Aristocrat Denim in a bundle deal. At the time of the sale, Aristocrat Denim was being sold through 887 retailers globally.

After the sale, Diana designed and launched Cleo Brands, bringing the sophistication of her previous denim lines to jersey dresses and tops. The line drew its influences from the Mediterranean, manifesting in its draping, gatherings, and pleats. Cleo was designed to stand out by using double-knit silk and micromodal jersey fabrics in rich hues. Cleo was sold by specialty retailers, such as Scoop, Barney’s New York, Jamie, Intermix, and several others.

Planet Bardot is her latest – and most exciting – fashion venture.