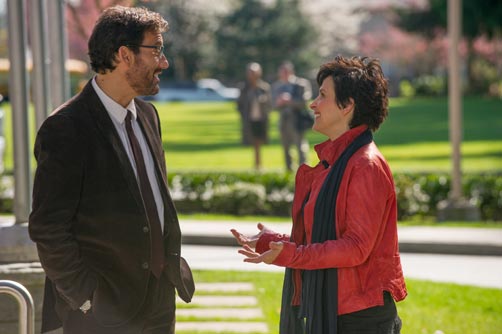 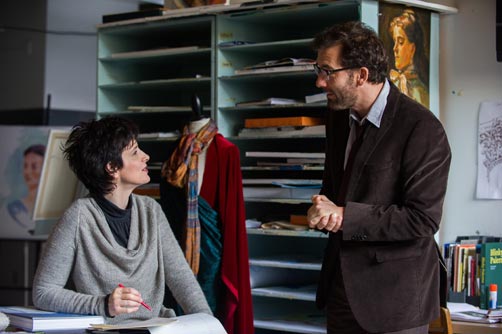 Nothing makes me happier than to recommend a film like this. WORDS AND PICTURES has local ties with my dear friend Gary Cogill, Producer, and his production company Lascaux Films. This film premiered at the 2013 Toronto International Film Festival and opened the 2014 Dallas International Film Festival. I am happy to let you know that it will open to the general public on Friday, June 6th in Dallas.

Get out and go see it! xoxo- Tanya

About WORDS AND PICTURES

A witty romantic drama, WORDS AND PICTURES stars the engaging duo of Juliette Binoche and Clive Owen working together on-screen for the first time. Prep school English teacher Jack Marcus (OWEN) laments his students’ obsession with social media and good grades rather than engaging with the power of the written word. A one-time literary star, Jack has not published in years filling his spare time with drink versus the art of language. He meets his match in Dina Delsanto (BINOCHE) — an abstract painter and new teacher on campus, who was once celebrated for her art. From the start, the two flirt and provoke each other with equal relish.With a performance review looming and his teaching job on the line, Jack hatches an inspired plan for galvanizing student interest in their studies: he declares a war between Words and Pictures, confident that the former can convey greater meaning than the latter. Dina and her art students accept the challenge between Jack and his English students, and the battle lines are drawn.