enter for a chance to win reserved seats to TRAINWRECK 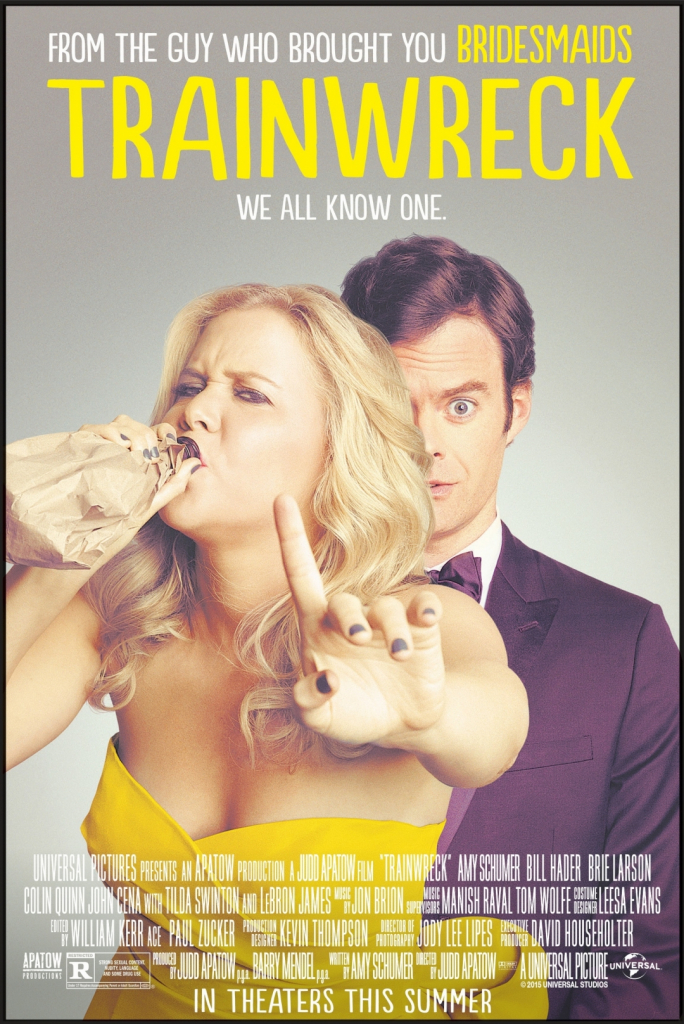 This is THE comedy I have most looked forward to this summer.
Check out today’s post to see how you can join me at the special advance screening of TRAINWRECK.

Director Judd Apatow brings a portrait of an unforgettable character, and a portrayal by a breakout new comedy star, Trainwreck, written by and starring Amy Schumer (Inside Amy Schumer) as a woman who lives her life without apologies, even when maybe she should apologize.

Since she was a little girl, it’s been drilled into Amy’s (Schumer) head by her rascal of a dad (Colin Quinn) that monogamy isn’t realistic. Now a magazine writer, Amy lives by that credo—enjoying what she feels is an uninhibited life free from stifling, boring romantic commitment—but in actuality, she’s kind of in a rut. When she finds herself starting to fall for the subject of the new article she’s writing, a charming and successful sports doctor named Aaron Conners (Bill Hader), Amy starts to wonder if other grown-ups, including this guy who really seems to like her, might be on to something.

The movie opens in theaters on JULY 17; but Film+Fashion+Fun readers have an opportunity to WIN 2 free seats to a special advance screening at 7:30 PM on Tuesday, JULY 14 at AMC NorthPark 15. NO PURCHASE NECESSARY, just subscribe to this blog and e-mail me at Tanya@thefosters.net. One entry per person. Must be 17 years or older to enter. The contest ends at 11:59 PM on Friday, July 10 and winners will be notified by Sunday, July 12.
Rated R for strong sexual content, nudity, language and some drug use.